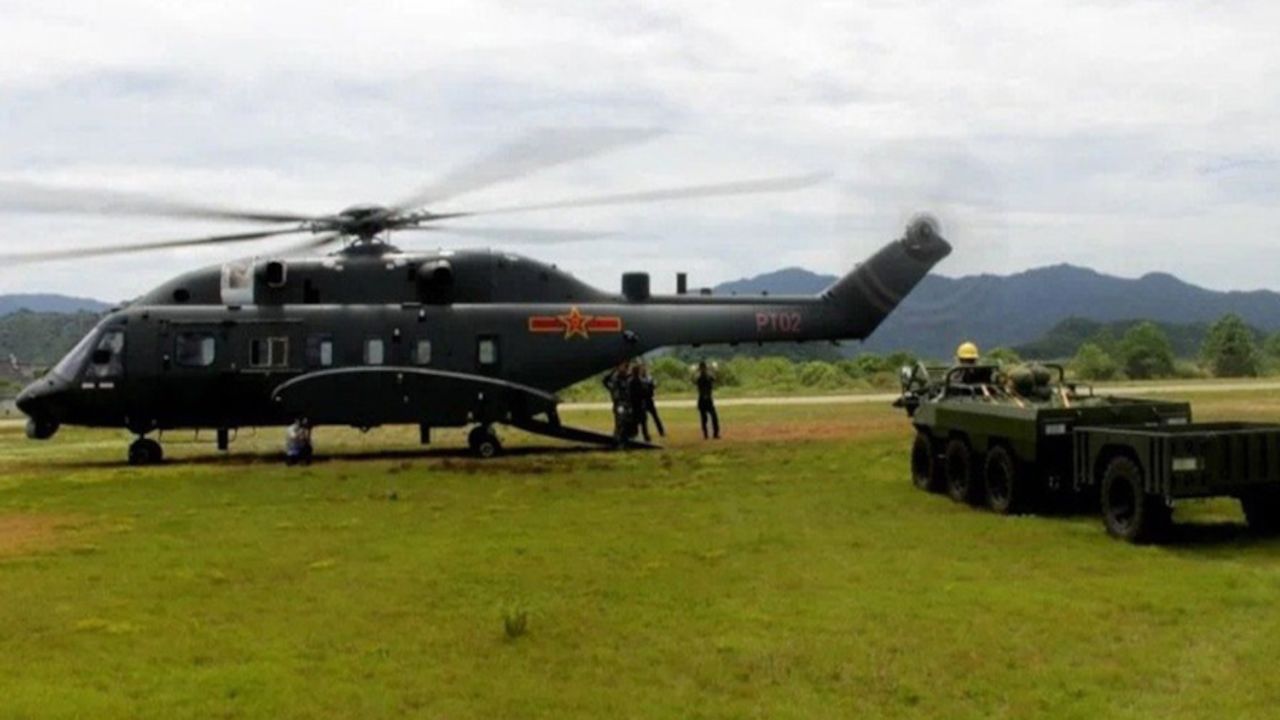 China is preparing for a large-scale military parade, marking the 100th anniversary of the Chinese Communist Party.

Officials planning the milestone event marking 100 years since the party’s founding previously announced there would not be a traditional military parade in Beijing on July 1, but over the city will fly the formation of modern and new Chinese aircraft.

For the first time, will be publicly unveiled the new Z-8L 15 ton-class helicopter.

The new helicopter is the latest evolution of a helicopter design that once started life as the Super Frelon and designated as a Z-8. Equipped with a new type of photoelectric device and self-defense systems including radar warning receiver and infrared decoys, the Z-8L has higher survivability.

Compared with the previous Z-8 and Z-18, the shape of the Z-8L has undergone tremendous changes. Specifically, its nose has changed to the style of “Super Hornets” and Z-8, which is somewhat similar to the combination of Z-20 and Mi-171, while the fuselage is obviously elongated, and the portholes are also changed from the traditional round shape to a larger area. The horizontal tail is surprisingly large.

As noticed the GlobalSecurity.org, the most obvious change is the large sponson with a large fuel tank integrated with the rear (main) landing gear on the side of the fuselage, which is similar in appearance to the Sikorsky S-92. In this way, the built-in fuel tank of the Z-8 family’s ancestral cabin can be eliminated.