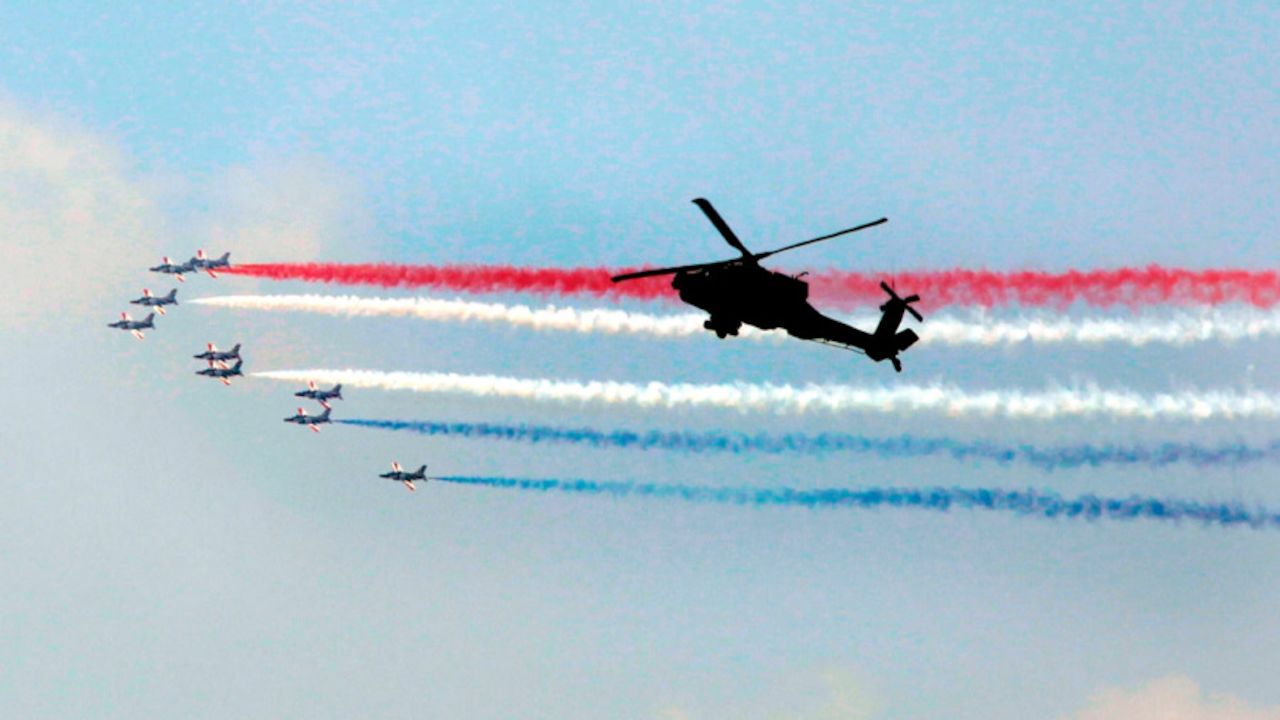 Egypt announced an agreement this month with France to purchase 30 French-made F3-R Rafale fighter jets in a deal reportedly worth $5 billion. The agreement is part of a larger trend in which Egypt is purchasing fewer weapons from the United States and more from Russia and France.

To be sure, from an American perspective, Russia is an adversary while France is a NATO ally (and economic competitor). However, if those two countries continue to displace the United States in the Egyptian arms market, Washington’s influence in Cairo could wane. That would undercut core U.S. national security interests. At the center of this challenge is Washington’s longstanding efforts to balance security interests with human rights concerns when it comes to arms sales.

The sale, announced on May 4, brings the total Egyptian Rafale fleet to 54 aircraft, building upon a 2015 sale in which Egypt became the first foreign customer for the Rafale. The Rafale is a fourth-generation multirole fighter manufactured by Dassault Aviation, and has been ordered by the French, Egyptian, Qatari, Indian and Greek militaries. In addition to advanced sensors, targeting systems and weapons, the F3-R model gives Egypt access to capabilities the United States has refused to sell Cairo in the past, such as long-range air-to-air missiles.

Egypt’s purchase of French-made fighters alone does not necessarily constitute a major development or concern, but the deal’s significance grows when understood as part of Cairo’s larger shift away from American arms. In fact, the last major U.S. aircraft sale to Egypt came in 2010 with the transfer of 20 F-16Cs.

The following year, Arab Spring protests led to the election of President Mohammed Morsi. In 2013, then-Defense Minister Abdel-Fattah el-Sissi deposed Morsi and took the presidency for himself. In response, the Obama administration froze a significant quantity of aircraft, tank and missile sales to Egypt for two years until relations improved.

After that freeze, Cairo escalated its efforts to diversify its arms suppliers. From 2009 until Sisi came to power in 2014, U.S. sales made up 47 percent of Egypt’s arms imports, but slid to only 14 percent in the 2015-2020 time period, according to data from the Stockholm International Peace Research Institute. The primary beneficiaries were Russia and France.

In 2015, for example, Egypt procured around 50 MiG-29Ms from Russia in addition to the 24 Rafales from France. Then, in 2018, Egypt started acquiring between 24 and 31 first-rate Su-35 air superiority fighters from Russia, a deal that may trigger U.S. sanctions. Egypt is reportedly looking to expand its Rafale fleet even further to between 72 and 100 units, including the forthcoming F4 variant. Egypt could soon have as many operational fighters from non-U.S. countries as from the United States. That deprives Washington of a variety of diplomatic, security and defense-innovation base benefits, which instead go to other countries, including adversaries.

These shifts away from U.S. arms are notable given the fact that Washington provides Egypt up to $1.3 billion in annual foreign military financing, designed to fund Egyptian purchases of U.S.-origin military equipment.

In a changing Middle East arms market, these details regarding Egypt’s arms purchases highlight a perennial dilemma for the United States in balancing national security interests and human rights concerns.

Egypt is a strategically located regional power that wields significant diplomatic, security, economic and cultural influence in the Middle East. The most populous country in the Arabic-speaking world, Egypt shares borders with Israel, Libya, Sudan and the Gaza Strip. And the 1979 American-brokered peace agreement between Egypt and Israel remains one of the leading sources of stability in the troubled region.

Challenges remain between Egypt and Israel, particularly in people-to-people relations. Nonetheless, the two governments have maintained a quietly constructive relationship for the most part, encouraged by their respective relationships with Washington.

Egypt also controls the Suez Canal, one of the world’s most important maritime chokepoints and trade routes, connecting the Mediterranean Sea to the Red Sea and beyond. The canal carries over 10 percent of global trade. Cairo also provides U.S. Navy vessels expedited access through the Suez Canal, a privilege that proved valuable as the USS Abraham Lincoln Carrier Strike Group rushed toward the Arabian Sea in May 2019 during a period of increased tensions with Iran.

For these and other reasons, maintaining a close security partnership with Egypt supports American national security interests. Any additional weakening in the U.S.-Egypt relationship would be a serious concern for Americans and Israelis — as well as a potential boon for Russia and China.

Curtailing U.S. arms sales did, however, appear to motivate Egypt to increase its purchases of weapons from other countries who would not make demands Cairo finds irksome.

Washington will continue to promote its interests and principles when it comes to Middle East arms sales. Recent history, however, suggests such efforts will only become more difficult in the future.

Bradley Bowman is senior director of the Center on Military and Political Power at the Foundation for Defense of Democracies, where U.S. Air Force Maj. Jared Thompson is a visiting military analyst and Ryan Brobst is a research analyst. The views expressed in this commentary are those of the authors and do not necessarily represent the views of the U.S. Defense Department or the Air Force.