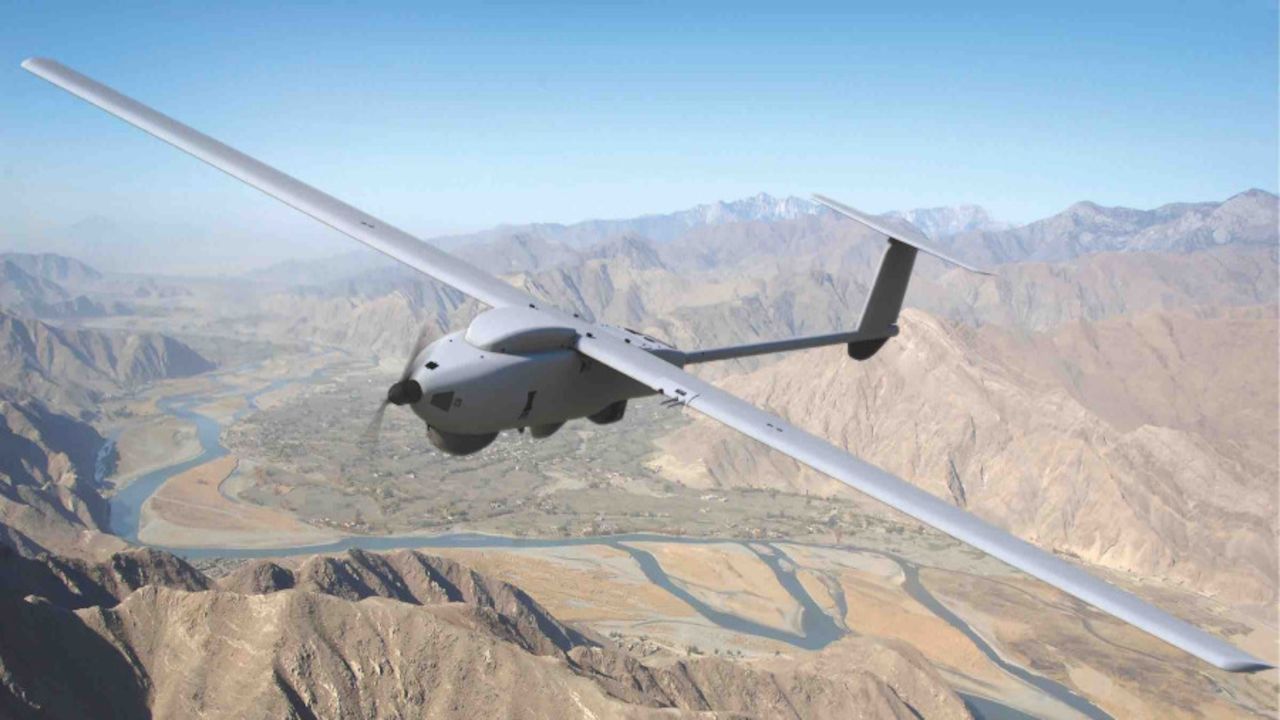 Originally developed to provide battlefield support with intelligence, surveillance and reconnaissance (ISR) data for our soldiers, the Stalker UAV now also provides support for WFFs. “It would be a game-changer,” Carty said. “It could grow to be a standard part of firefighting. It uses AI and machine learning to augment the human on the ground. The platform is versatile on sensors, with infrared and other ISR sensors and a high-definition camera, for example—it can carry multiple different packages. You could add atmospheric sensors as well. It’s sensor and payload agnostic. It’s like a Swiss Army Knife, always with the right tool for the job.”

With its array of sensors, the Stalker can help WFFs on the ground see the full picture of the fire they’re fighting, and to know ahead of time when dangerous conditions are developing. “It’s very much the same mission as for the warfighter,” said Carty. “It helps you see the danger ahead of time.” In addition to safeguarding their well-being, that will make them more effective in their firefighting efforts.

The flexibility of the platform is another element of its effectiveness for the application. “It’s built to be turned around quickly for refueling or for swapping sensors,” explained Carty. “The original design dictated by the military required adaptability and flexibility, which is also an excellent fit for firefighting. It can fly for eight hours at a time. With multiple vehicles, that could mean 24-hour-a-day coverage. It will give the firefighting tacticians round-the-clock knowledge of how the fire is advancing, so they know how best to deploy the resources they have.”

A primary concern that the Stalker design addresses in advance is air traffic control. Airspace over a big fire can have multiple aircraft flying through to drop water or fire-suppressing chemicals. Since fires are often in remote locations, it’s not like there’s a traffic control tower to keep aircraft safe. To help safeguard against sending piloted aircraft into unsafe airspace, Stalker UAVs can be flown instead, helping to track hot spot locations, map fire lines, and identify safe access roads so firefighters and their vehicles can avoid potential danger zones. The maps are updated daily, sending real-time footage to the command centers to enable accurate and timely decision making.

Carty sees other potential civilian applications for the Stalker as well. “It’s viable for lots of uses,” he said. “It doesn’t take millions of dollars to deploy. It can be hauled in an SUV and set up in minutes. It has a 12-foot wingspan and can be flown by one person. It’s launched with a bungee or on a rail. We have a newer vertical takeoff and landing (VTOL) version as well. So it could work for municipal police and fire departments, civil security for large events, monitoring agricultural operations, or for search and rescue.”

Carty welcomes these kinds of challenges in rethinking Lockheed Martin’s systems and platforms originally designed for the defense world for potential use in civilian applications. “Our company’s priority has always been to take our customers’ needs very seriously,” he said. “We help solve their problems—it’s the Skunk Works legacy.”