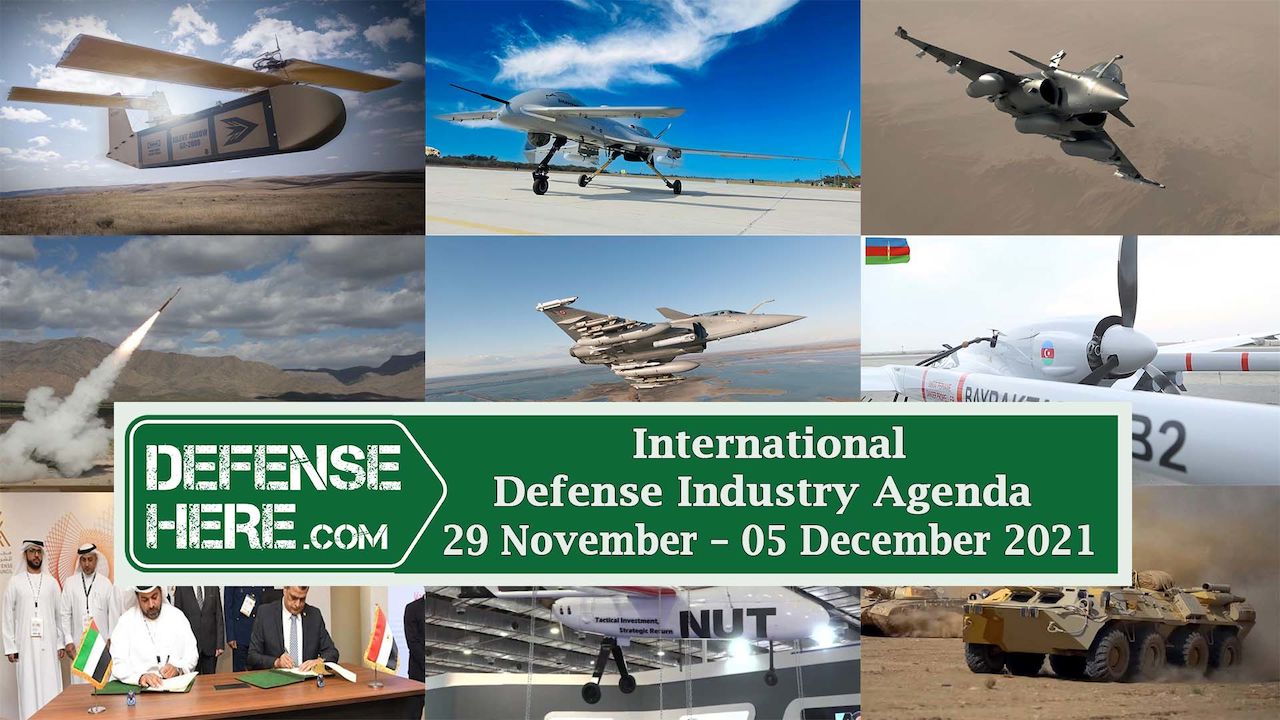 A memorandum of understanding was signed between the United Arab Emirates and Egypt for the localization of the defense industries at the Egyptian Defense Fair EDEX 2021.

It was announced that the Iraqi Council of Ministers approved the 100-million-dollar Bayraktar TB2 SİHA purchase from Turkey.

The European Union announced that it will provide 31 million euros in aid to Ukraine to strengthen its defense field.

The Azerbaijani army carried out exercises with Turkish-made Bayraktar UCAVs.

Iveco delivered the 500th armored vehicle to the Brazilian army.

The diesel engine tests of the new submarine of the Spanish Navy have been completed.

The Moroccan Armed Forced signed an agreement to purchase kamikaze UAVs worth $22 million from Israel.

The Egyptian Navy and the Italian company Leonardo signed on the procurement of 8 military transport helicopters at the Egyptian Defense Fair EDEX 2021.