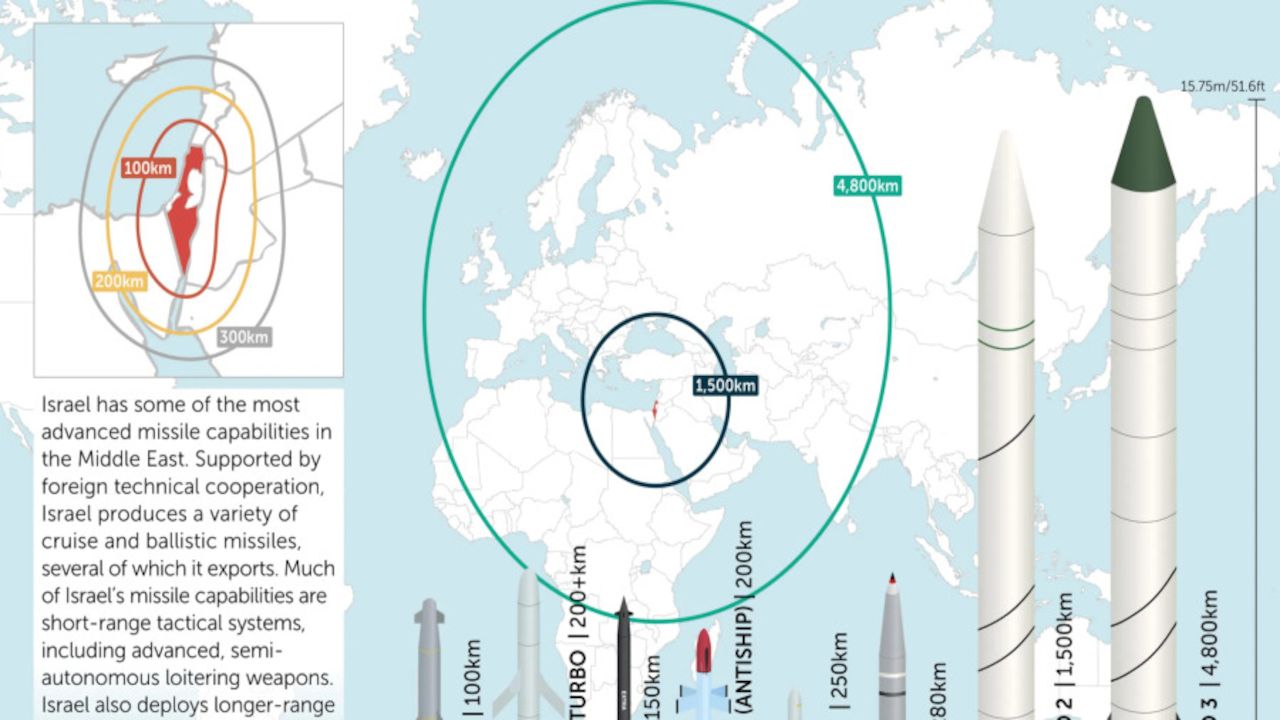 Israel has one of the most technologically advanced missile arsenals in the Middle East.

Aided by foreign assistance and collaboration over the past six decades, Israel domestically produces numerous cruise and ballistic missiles and has engaged in the export of missile systems to numerous other nations.

While the bulk of Israel’s missile forces consist of shorter range, tactical systems, it also possesses a contingent of long-range ballistic missiles, the Jericho series, for strategic deterrence.

Despite not officially acknowledging any nuclear program, it is widely believed that Israel does possess nuclear weapons.

Israel is not a signatory of the Nuclear Non-Proliferation Treaty, nor a member of the Missile Technology Control Regime (MTCR).

It has, however, stated a unilateral commitment to abide by MTCR’s restrictions on missile exports.

The collaboration between Israel’s missile and the space industries, moreover, has facilitated the domestic production of satellite launch vehicles.