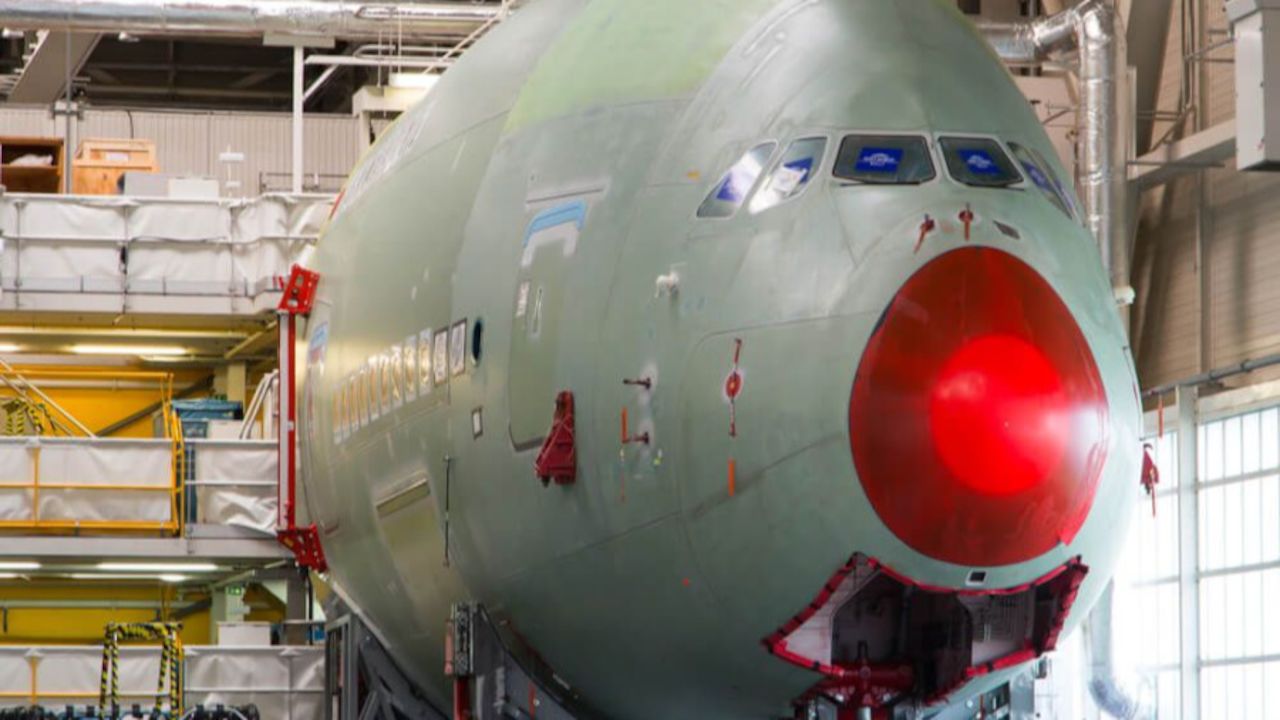 A magnificent beast made of four million parts from 30 different countries, the Airbus A380 is the world's largest passenger airliner, and its era is almost at an end.

Initial assembly has recently been completed on the last ever superjumbo, after it was announced in 2019 that the European airplane manufacturers were discontinuing the plane.

Since the superjumbo's first delivery to Singapore Airlines in 2007, more than 240 A380s have rolled off the line here.

Initial assembly of the final double-decker jet, serial number 272, has been completed, with manufacturing station 40 now out of work.

It's now off to station 30, where, Airbus media relations manager Anne Galabert tells CNN Travel, the engines will be installed and tests carried out on electrical and hydraulic systems, on-board computers, landing gear and moving parts.

"The final tests are performed outside," she says – with the checks including fuel gauge calibration, cabin pressurization, radios, radar, navigation systems and fuel tank sealing – and "the aircraft is then prepared for flight."

After engine tests are performed, the aircraft will make its first test flight to Hamburg, Germany, where the cabin will be installed, fitted out and the plane painted in the customer's livery: Emirates Airlines.

The last convoy to the Final Assembly Line (FAL) took place in February this year, with hundreds turning out in the French village of Levignac to see the wings, fuselage sections and horizontal tailplane transported by truck.

Putting together the A380 is a gargantuan task, with 1,500 companies involved in manufacturing all the individual parts, from rivets to bolts, to seats and engines.

Fuselage sections came from Hamburg, Germany, and Saint-Nazaire, France; the horizontal tailplane was manufactured in Cadiz, Spain; and the vertical tail fin was also made in Hamburg. The parts' pilgrimage to France was made by road, sea and air.

The Toulouse facility is also the site of the Airbus corporate HQ and flight test department, and where single-aisle A320s and wide-body A330 and A350s are built.

This A380 is one of eight still scheduled for delivery to Emirates, the jet's biggest customer, with one more still destined for Japanese carrier ANA.

The Airbus A380 was developed at a cost of $25 billion and, with a capacity of up to 853 passengers, it's the largest mass-produced civil airliner in history.

It's a painful decision," Airbus CEO Tom Enders said in February 2019, announcing the decision to discontinue the airplane. "We've invested a lot of effort, a lot of resources and a lot of sweat into this aircraft."

Airbus overestimated airlines' appetite for the superjumbo. By the time of the 2019 announcement, it had delivered just 234 of the craft – less than half of the 600 it had predicted when the double-decker was introduced.

Airlines' interest had shifted to lighter, more fuel-efficient craft and now the pandemic has hastened the planes' demise even further.

Airlines including Lufthansa, Qantas and Air France grounded their superjumbos earlier this year, at a time when the sharp drop in demand for air travel meant many planes were flying close to empty.

Tarmac Aerosave, based in the French town of Tarbes, announced the completion of its first A380 dismantling project in November 2019. Souvenir key chains made from the fuselage were a sellout hit with aviation fans.