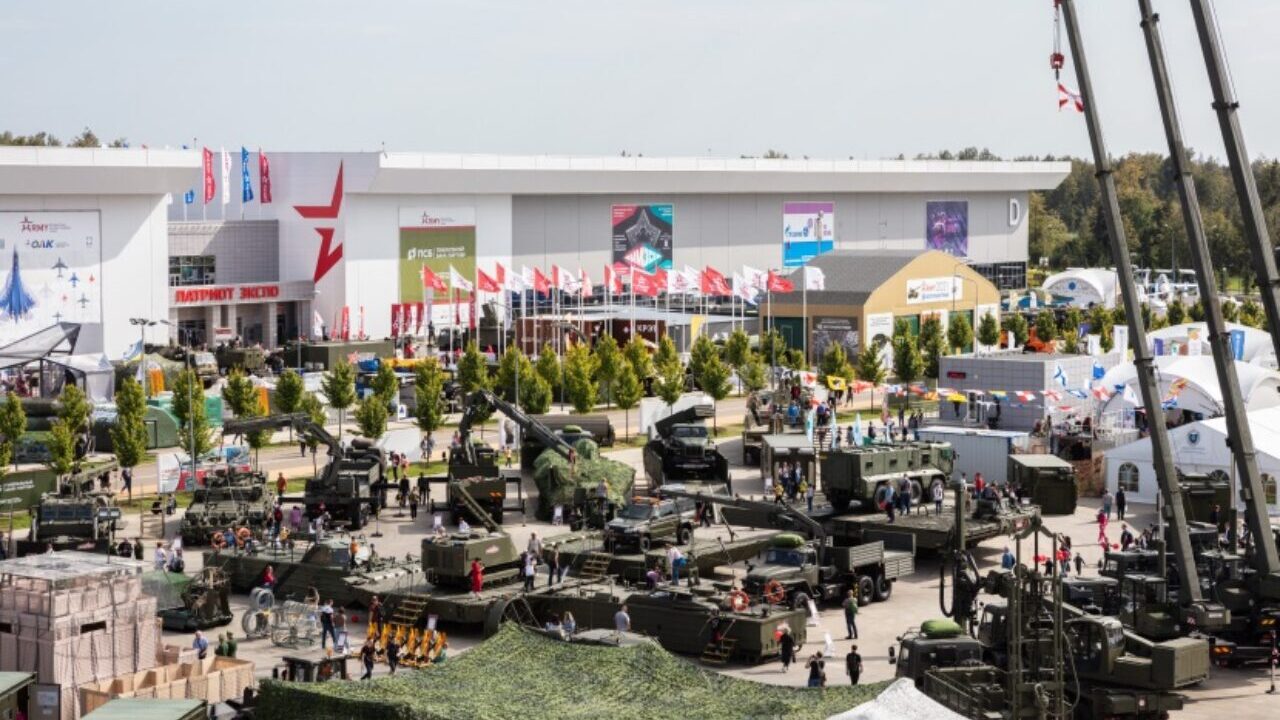 Russia's state arms exports organization, Rosoboronexport, announced Thursday that it will host more than 70 delegations from 50 countries representing various regions of the world during the 8th ARMY 2022 International Military-Technical Forum, which will be held from August 15 to 21, 2022 at the Patriot Convention and Exhibition Center of the Armed Forces of the Russian Federation.

"In 2022, more than 1000 pieces of weaponry and equipment will be showcased on the grounds of the ARMY Forum, and Rosoboronexport will exhibit 200+ modern Russian export-oriented products for all services of the armed forces as part of its exhibit display," said Alexander Mikheev, Director General of Rosoboronexport.

“Invited foreign partners of the company, representatives of various law enforcement agencies can get acquainted in detail with the weapons and military equipment of interest to them which are offered by Rosoboronexport on the world market. We will hold meetings and negotiations, expect to sign a number of important contracts and agreements with foreign customers and Russian manufacturers."

In 2022, for the first time, the most advanced weapons will be concentrated in Rosoboronexport’s demo zone, a specialized outdoor display area near the company's pavilion.

Participants and guests of the Forum will be able to get acquainted with the T-14 Armata MBT, Sprut-SDM1 light amphibious tank, K-17 Boomerang wheeled infantry fighting vehicle, Medved and Tigr wheeled armored vehicles in various versions, as well as the Tor-E2 SAM system and the RB-504P-E Silok EW system which have proved effective against unmanned aerial vehicles.

Visitor will also be able to check out Russia’s Orlan-10E multifunctional unmanned aircraft system (UAS), which has proved its high effectiveness in practice, new generation Orlan-30 UAS with a multifunctional EO mission payload, as well as the Kub-E loitering munitions, exhibited in Rosoboronexport’s outdoor display area.

The exhibit display inside the Rosoboronexport pavilion is divided into thematic zones, where more than 200 pieces of weaponry and military equipment are presented in the form of full-scale hardware, mock-ups and promotional products for representatives of all services and branches of the armed forces.

Partners of the company will be able to test most of the weapons in practice at live-fire ranges, located in close proximity to the venue of the exhibition.

The Rosoboronexport pavilion will also display sighting devices, night vision devices, body protectors, communication equipment, and special equipment. Among the new products are the 2B25 light silent mortar and the PTKM-1R top-attack antitank mine, a "smart munition" designed to selectively defeat armored vehicles.

A live demonstration of Russian armored vehicles and air defense systems will be held at the Alabino training ground specially for foreign delegations invited by Rosoboronexport to the Army Forum. According to the scenario developed by Rosoboronexport together with the Russian Ministry of Defense, 19 pieces of equipment will demonstrate their running and firing capabilities in 9 tactical episodes.

Guests of the forum can get acquainted with the best Russian aircraft in the parking area of Kubinka airfield, where Rosoboronexport will show its partners the Ka-52 and Mi-171Sh helicopters, Su-30SM, Su-35S and MiG-35 fighters, Su-34 fighter-bombers, military transport, transport and special aircraft, including IL-76MD-90A, IL-78M that are promising on the world market. In addition, foreign delegations will have the opportunity to observe team and solo aerobatic flights.

"Rosoboronexport specialists are ready to provide the guests of the forum with all the necessary information on the Russian products offered for export – technical characteristics, features and operational experience, as well as to convincingly tell them about their competitive advantages on the world market.

In addition, when visiting the ARMY forum, the company's foreign partners have a unique opportunity to communicate with the developers and manufacturers of weapons and military equipment, ask them questions," Alexander Mikheev said.

The company has also prepared informative multimedia materials for remote acquaintance with the forum’s exhibit display. A video announcement of the exhibition and dozens of video reviews on weapons, military and special equipment, a virtual tour of the exposition in VR mode have been placed on Rosoboronexport's digital platforms. Upon request of partners, video broadcasts can be supplemented with online consultations of specialists.

At ARMY 2022, Rosoboronexport will hold public presentations for its foreign partners, forum guests and journalists. The company's specialists will present a comprehensive review of the Security Equipment project, the Verona Internet monitoring system, the latest Russian anti-UAV systems, the Tornado-S multiple rocket launcher system and the Kub-E loitering munition.

During the forum, on August 15-16, the Ministry of Defense of the Russian Federation will hold the 10th Moscow Conference on International Security, in which Rosoboronexport traditionally participates. This year, the conference program includes the most pressing issues of global and regional security, the discussion of which with partners will promote mutual understanding and transparency of cooperation.

A meeting of the Committee on Foreign Trade Activities in relation to Military Products under the Board Bureau of the Russian Engineering Union, chaired by Rosoboronexport Director General, Deputy Chairman of the Union Alexander Mikheev, will be held on the sidelines of ARMY2022.

Rosoboronexport will also take part in the 3rd International Scientific and Technical Conference "Military Law in the System of National Security" with the report "Changes in the legal regulation of military-technical cooperation between the Russian Federation and foreign states, the establishment of new legal institutions.

"Rosoboronexport considers the ARMY Forum as a recognized international platform for discussing a wide range of issues of military-technical cooperation. The company offers its partners a broad range of products, systems and solutions for establishing armament systems for state law enforcement agencies, many of which have a real combat track record. In addition, Rosoboronexport is ready to implement joint projects on the development and production of promising types of weapons, technology transfer. Russia remains a reliable business partner open for technology cooperation with foreign customers," Alexander Mikheev added.