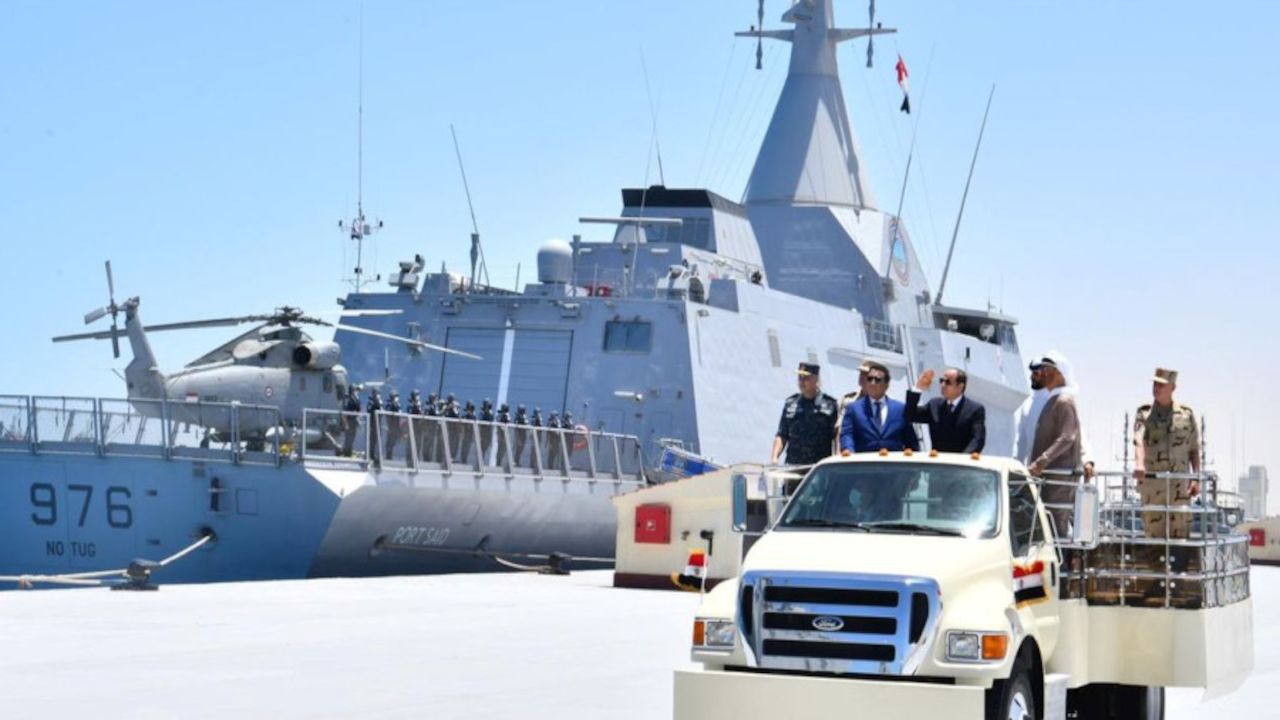 Egyptian President Abdel Fattah El-Sisi on Saturday inaugurated a naval base in the Gargoub area on the northwest coast, near Libya.

The opening ceremony was attended by Abu Dhabi Crown Prince Sheikh Mohammed bin Zayed Al-Nahyan and Mohamed Al-Menfi, president of the Libyan Presidential Council, as well as other international leaders and officials.

El-Sisi inspected units at the 3rd of July Naval Base after signing the establishment document and raising the Egyptian flag.

Ahmed Khaled, commander of Egypt’s Naval Forces, said the 3rd of July Base was adding to the country’s growing capabilities within a comprehensive modernization program for the armed forces.

It was within the political leadership’s strategic vision to develop the armed forces, Khaled said, and the new base sent out a message of peace and development.

He added that Egypt was implementing a plan for progress after achieving victory over terrorism and extremism with the weapons of thought and comprehensive development.

He said the challenge was great and that factors of time, accuracy, quality, and good resource management were a strong element in implementing the comprehensive development plan for the armed forces.

The 3rd of July base is the latest Egyptian military base on the Mediterranean and, according to a statement from the presidency, it is designed to secure the country in the northern and western strategic directions, preserve its economic capabilities, secure maritime transport lines, and maintain maritime security by using combat groups.

It will launch centers for the logistical support of Egyptian forces in the Red and Mediterranean Seas to confront any challenges and risks that may exist in the region, as well as combat smuggling operations and illegal immigration.

A few days ago the Ministry of Defense said that 3rd of July and its facilities complied with the code of international naval bases.

It was an integrated military zone that constituted a launch pad to protect the nation along the strategic northern and western directions, it added.

It said the 3rd of July base would witness the Qader 2021 maneuver, which is one of Egypt’s largest military exercises.