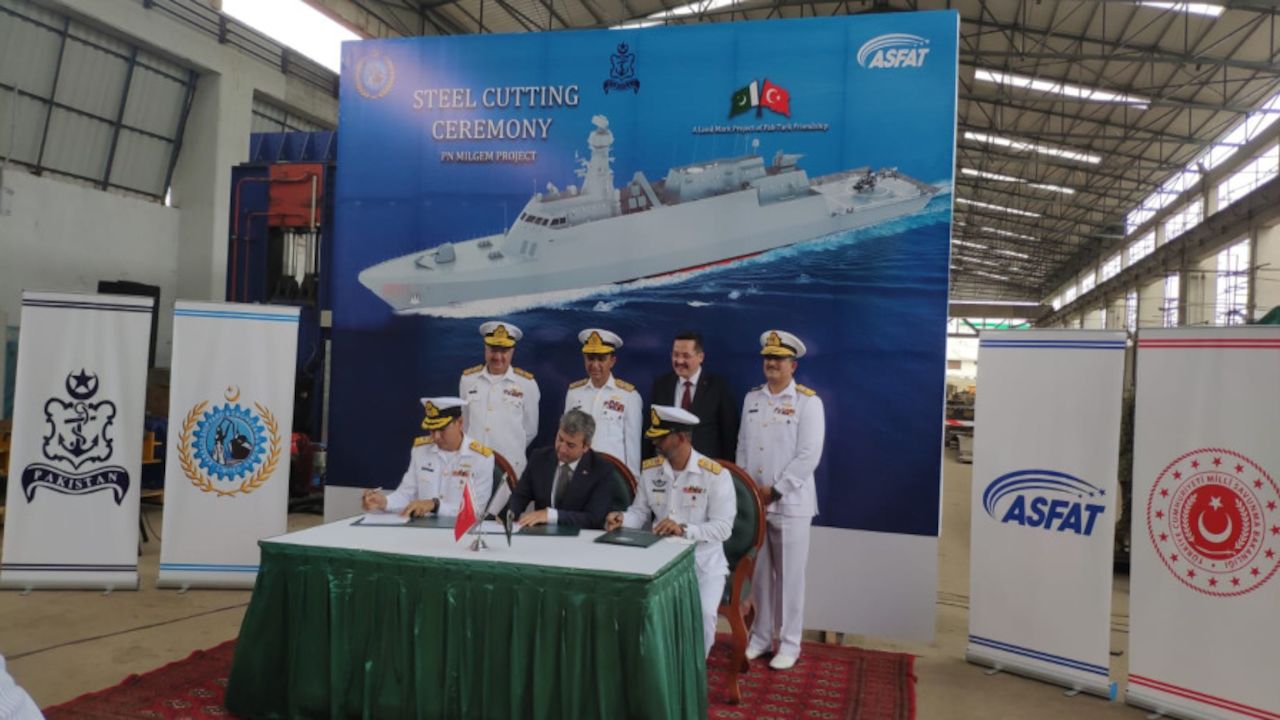 The Pakistani city of Karachi witnessed the keel laying ceremony of the 4th MILGEM-class corvette built by Turkey for the Pakistani Navy.

This came in an official ceremony held at a shipyard in Karachi, in which the Chief of Naval Staff of Pakistan, Muhammad Amjad Khan Niazi, and Esad Akgün, the General Manager of the Turkish state-owned Military Factory and Shipyard Management Corporation (ASFAT), participated.

The Milgem-class corvette, which is being built now in Karachi, is the fourth of its kind to be built by ASFAT for the Pakistani Navy.

In his speech, during the ceremony, Akgün said that such projects strengthen the brotherly ties between the peoples of Turkey and Pakistan.

In recent years, Pakistan has been strengthening its naval fleet, against the backdrop of tensions in its relations with its neighbor India.

In this context, a contract was signed in July 2018 between Turkey's ASFAT and Pakistan for the construction of four Milgem class vessels, two of which will be manufactured in Turkey, and the other two in Pakistan.

Turkey is scheduled to deliver the first corvette to the Pakistani Navy in 2023.