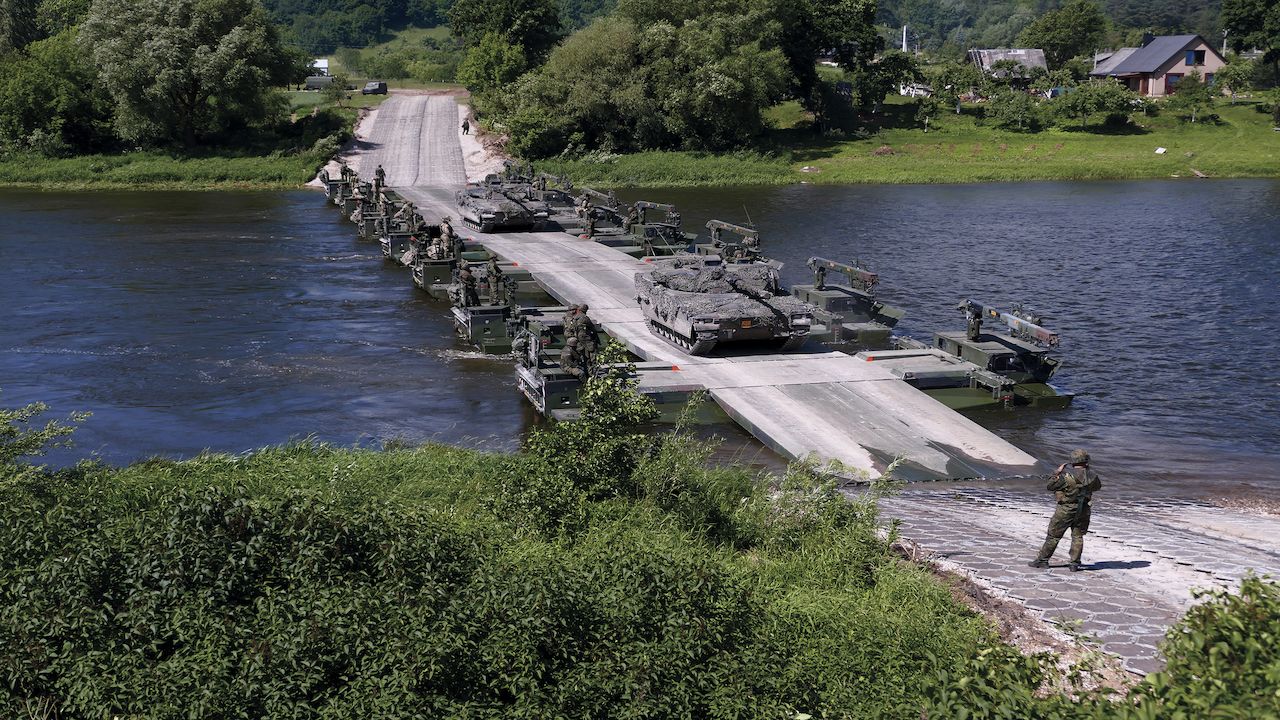 In a written statement, the company explained that the “GDELS M3 Amphibious Bridge and Ferry System” will be localized to meet specific requirements and will be designated M3K – the M3K was chosen in a competitive selection process.

GDELS defined M3 as the world’s fastest and most capable amphibious bridge and ferry system based on load capacity, assembly time and maneuverability, both on water and land.

“The M3 is already operated by the militaries of Germany, the U.K., Taiwan, Singapore and Indonesia,” it said. “With more than 1.3 kilometers of bridge length, South Korea will operate the largest M3 fleet.”

“It reconfirms the unique bridging capabilities of the M3 and demonstrates the essential importance of tactical bridging for modern armies in terms of interoperability and military mobility,” said Kauffmann.

Dr. Christian Kauth, vice president and managing director of GDELS-Bridge Systems, said: “From an industrial point of view, this project is a great success for our employees here in Kaiserslautern.”

Pointing out an excellent collaboration with South Korean HDC, Kauth said: “The success is (further) proof of the general advantage of 4x4 solutions when it comes to amphibious bridging and demonstrates the leading role of GDELS in the military floating bridge market.”