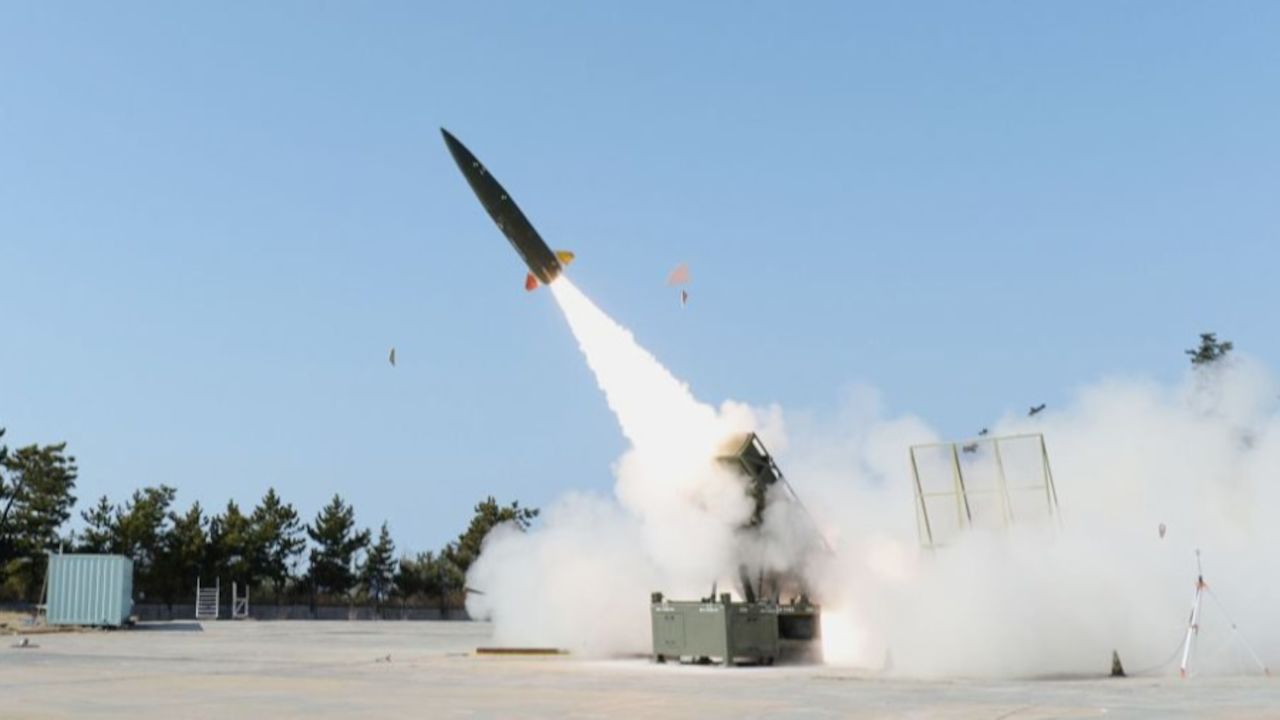 A statement issued on 25 November by the country’s Defense Acquisition Program Administration (DAPA) said the committee, which is headed by the Minister of National Defense Suh Wook, approved plans to acquire at least 200 missiles, which have an estimated range of about 120 km, under a project budgeted at KRW320 billion (USD289 million) that is expected to be completed by 2025.

The project is aimed at providing the South Korean military with the capability to destroy long-range artillery pieces hidden in underground tunnels and “to neutralise an enemy attack in]the shortest time possible, the Yonhap News Agency quoted DAPA officials as saying, adding that this new tactical ballistic missile system, which was developed by the country’s Agency for Defense Development (ADD) and defence company Hanwha, is expected to enter service from 2022.

Also known as the ‘artillery killer’ the KTSSM system has been designed to carry out precision-strikes. Four missiles can be launched almost simultaneously from a static launching platform.

The projectiles used by the system are similar in appearance and dimension to some of those used by the US Army Tactical Missile System (ATACMS). Each missile features a payload section believed to carry a small diameter penetrator warhead filled with a high‐blast, or thermobaric explosive, intended to attack protected, underground artillery emplacements.