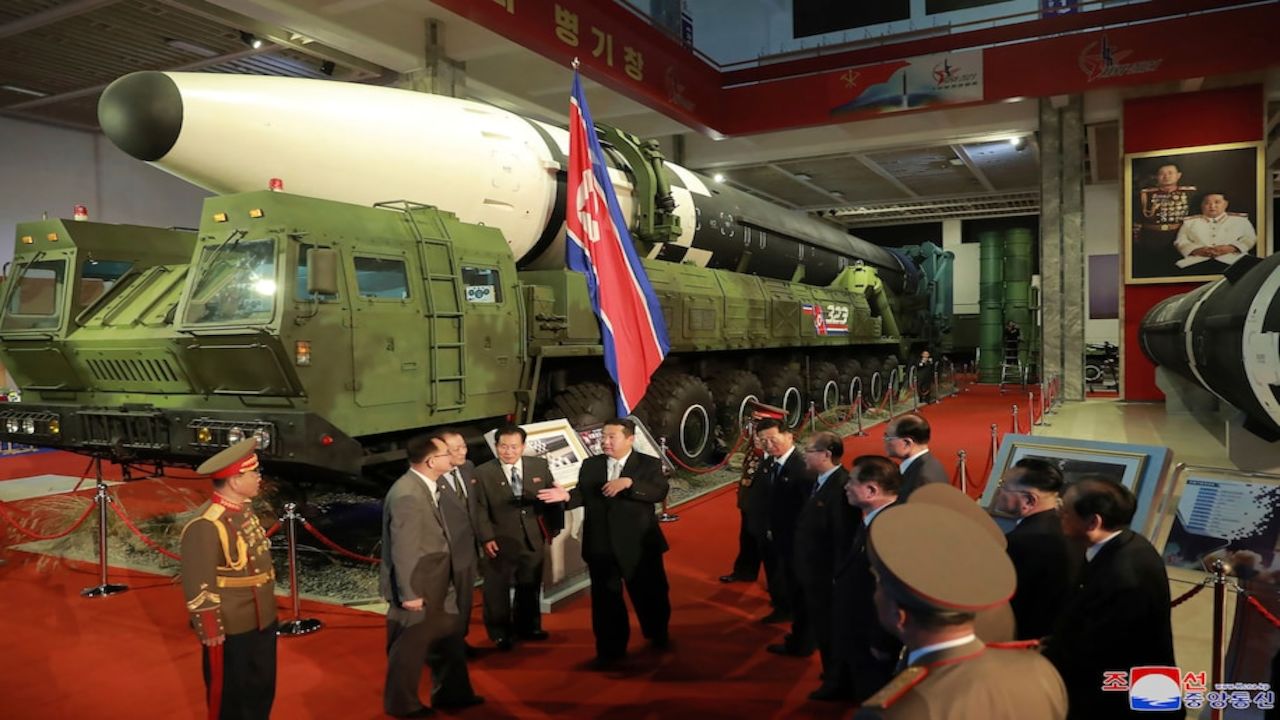 South Korea and the U.S. are analyzing an intercontinental ballistic missile (ICBM) and other weapons systems showcased at a defense exhibition hosted by Pyongyang, Seoul's defense ministry said Tuesday.

The North opened the exhibition in Pyongyang with an assortment of military hardware on Monday to mark the 76th anniversary of the founding of the ruling Workers' Party, as leader Kim Jong-un has renewed calls to beef up the military.

"Intelligence authorities of South Korea and the U.S. are currently analyzing equipment displayed at the exhibition," deputy ministry spokesperson Moon Hong-sik told a regular press briefing. "We will continue to thoroughly examine them."

At the exhibition, the North displayed a number of weapons systems that it has developed in recent years. They include the Hwasong-16 ICBM and the hypersonic Hwasong-8 missile, according to the North's state media.

The North ratcheted up tensions with a series of missile tests last month, though cautious optimism for a cross-border thaw has emerged following the recent reactivation of inter-Korean communication lines.