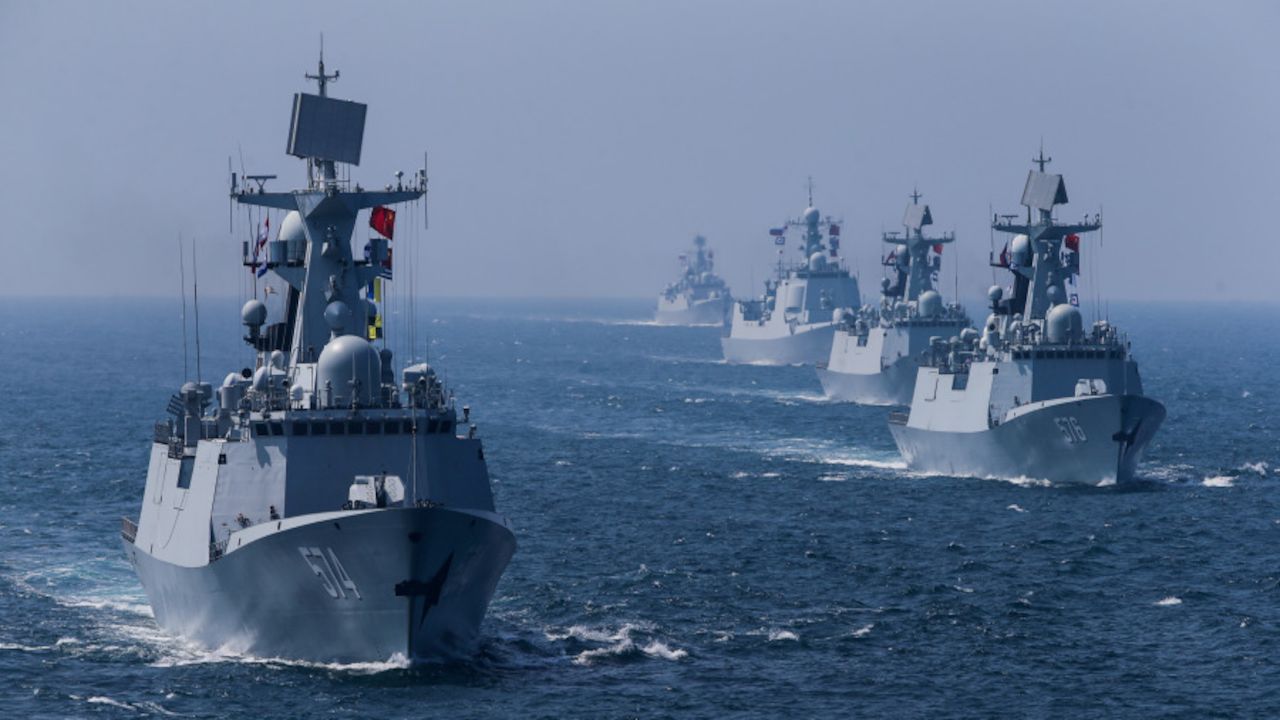 The Chinese Navy is already larger than the U.S. Navy, and on track to reach as many as five hundred ships by 2030, without even counting its militarized Coast Guard vessels.

That means the U.S. Navy could find itself spread too thin in the event that concentrated Chinese maritime forces in the Pacific were to mount some kind of offensive or aggressive military action.

The U.S. Navy places a massive priority upon operating forward in vital hotspots throughout the world, and while the Pentagon has been increasing its number of Naval assets in the Pacific, its forces are dispersed throughout the world to include the Baltic Sea, Black Sea, Mediterranean Sea, Indian Ocean and the  Persian Gulf. Perhaps by virtue of being so wide-spanning and global in scope, the U.S. Navy could find itself outnumbered and outgunned in certain concentrated areas by a larger Chinese Naval force should conflict erupt in the Pacific.

The Navy’s new tri-service maritime warfare strategy, called Advantage at Sea: Prevailing With Integrated All Domain Naval Power,” entertains and seeks to counter this risk by maintaining “forward-deployed, combat-credible forces” to “deter potential adversaries from escalating into conflict by making that fight unwinnable for them.”

Are there circumstances wherein an adversary might think it could launch a “winnable” fight in a particular area given the absence of a large-scale Naval force of heavy warships? This may be part of why, at least as of the end of last year, the Navy still envisioned a five-hundred-ship Navy as an aim point or goal toward which to strive. This would include a heavy mix of manned and unmanned vessels able to disperse yet network effectively and rely upon long-range sensors and weapons to exact any kind of needed warfare operations.

However, will the Navy maintain its plan to expand to five hundred or more ships as quickly as possible to keep pace with China’s intent to hit that number within a decade? Perhaps the Biden administration will adjust the aim point to a smaller size as was the case during the Obama years. If so, could the Navy find itself spread way too thin to respond effectively in the event that larger numbers of concentrated enemy forces moved decisively to launch large-scale attacks or take over an area?

The Tri-service strategy does say that, while China has well-known expansionist global ambitions, PLA Navy forces are very concentrated in the Pacific, a circumstance which presents the risk of U.S. forces being largely outnumbered in any kind of maritime engagement.

However, if properly fortified by a large, multi-domain network of meshed combat nodes such as surveillance planes, submarines, aerial, surface and undersea drones, could a smaller, more dispersed U.S. Naval force succeed in deterring or stopping any kind of Chinese offensive in the Pacific? There may be a case to be made when one considers that weapons range, networking capabilities and multi-domain operational capability could potentially compensate for having a numerically smaller force. Perhaps weapons effectiveness and an ability to instantly share targeting specifics with fighter jets, surface ships, drones, submarines, or even ground weapons along a coastline might prove much more decisive in warfare than simply having a certain number of ships?

“As existing elements of our force structure continue to provide combat-credible power and strategic deterrence, increased integration will enable us to do more with the forces we already have,” the strategy concludes.

Kris Osborn is the defense editor for the National Interest. Osborn previously served at the Pentagon as a Highly Qualified Expert with the Office of the Assistant Secretary of the Army—Acquisition, Logistics & Technology. Osborn has also worked as an anchor and on-air military specialist at national TV networks. He has appeared as a guest military expert on Fox News, MSNBC, The Military Channel, and The History Channel. He also has a Master's Degree in Comparative Literature from Columbia University.