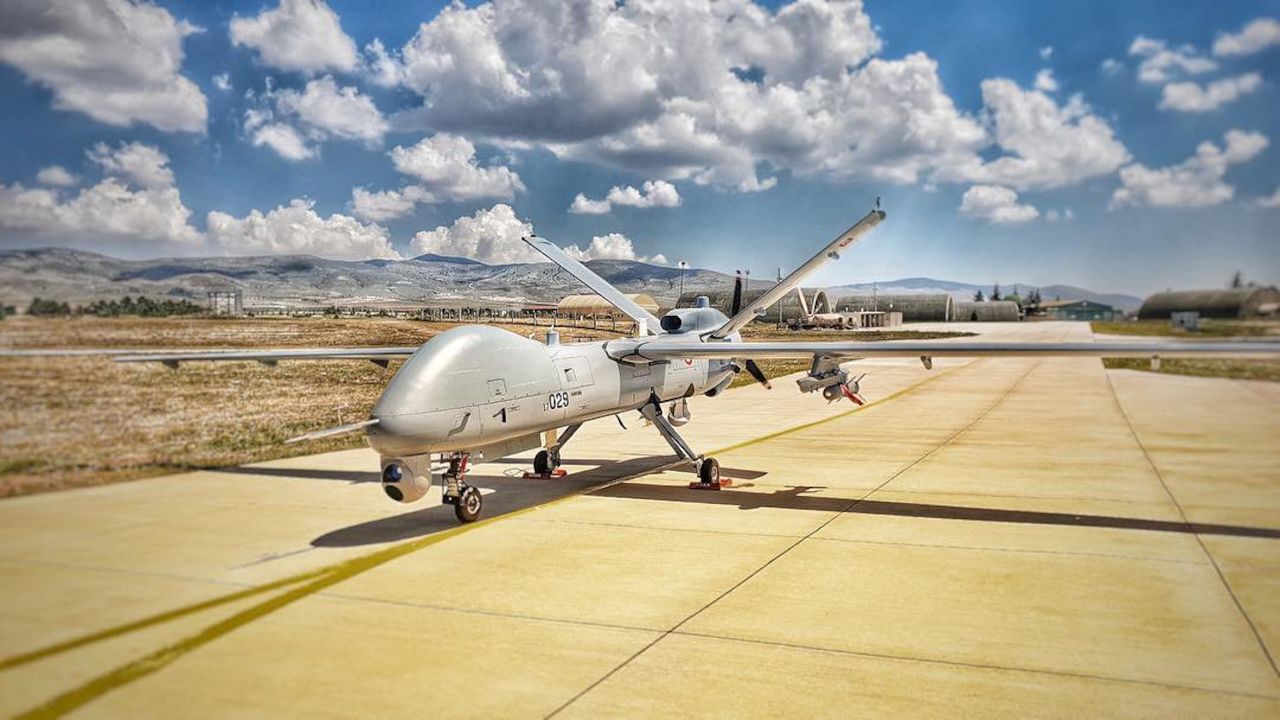 TURKISH SIHA (The Armed Unmanned Aerial Vehicles) that silenced of Greece in the eastern Mediterranean, devastated Assad's army in Syria and demolished Libyan Puppet Hafter's air system has sparked the jealousy of the US President Trump.

The USA decided to sell armed unmanned aerial technology to the Middle East bypassing the 1987 FTKR (Missile Technology Control Regime) agreement. In the face of the tremendous success of the Turkish SIHAs, this move by US President Trump, who sees himself in a giant mirror, will remove the barrier for American defense companies to sell to the Middle East and Greece.

It is rather clear that the United Arab Emirate in Libya has been troubled by the Turkish SIHAs in Libya and has caused Greece fear in the Eastern Mediterranean on the basis of the US bypassing the FTKR agreement.

While the Gulf region attracts attention by their record purchasing of weapons from the United States, it will open the way for the Trump administration to sell advanced armed unmanned aerial vehicles such as MQ9-Reaper (SIHA) to countries such as the UAE (United Arab Emirates) and Jordan.

A man from Turkey say’s (without giving his name)"Turkish siha’s are seeing great interest, there will be outstanding sales, Turkey will control the market, we must act now."

US Department of Defense Defense Security Technology Administration Director Heidi Grant mentions that Turkey, as a cover for this move is expected to react "war on terrorism, which will ensure border control, other threats are blocked before they reach the United States"

At this point, it is useful to repeat a fact. The jealousy of Trump had influenced him to make a Call towards better in depth planning in the Middle East which resulted in the creation of ISIS “under the pretext of “ fighting war on terror” which created a great threat to Turkey by arming the PKK/YPG.

It is stated that the policy change regarding the export of armed unmanned aerial vehicle (SİHA) technology to other countries, including UAE and Greece, will be discussed at the national security meeting to be held in the White House on June 16th. It is stated that two prominent SİHA producers of the United States, Northrop Grumman and General Atomics, who will be important actors at this meeting.

It was said that the praise of Germany for Turkish SİHAs had an affect on Trump.

After the news about the success of Bayraktar TB2 SİHAs developed by the Turkish defense industry and Baykar in Germany's effective Der Spiegel magazine, a large article was published in Die Welt last week , which is one of the most influential newspapers in Germany.

In the article, Turkey's made the assessment that revolutionized the TB2 sihai Bayraktar, therefore, igniting the arousal of interest of other countries. In the article, where Turkish SİHAs was compared with the USA's MQ-9 Reapar SİHA, it was stated that Bayraktar TB2 was much more effective on the battlefield.

In the article of the German Newspaper, the Turkish army uses Bayraktar TB2 more effectively than the Americans in the field of war, comparing the SİHAs with the U.S. MQ-9 Reapar UAV.

For example, the Turkish SİHA fleet has become a real air force in Syria. At the same time they are also used in Libya, which tore the coup plotters and brought military successes in Turkey, "the statement said. Die Welt article made this comparison: Turkey’s sihai Bayraktar TB2 is cheaper and more effective. Ankara’s military power and technology is gaining the interest of other countries.

SIHA Turkish flotilla in Syria has become a real air force, also used in Libya that brought military success. The TB2 has several advantages over its competitors; sensitive, inexpensive and effective. The Fully automatic Bayraktar TB2 is equipped with smart MAM-L missiles that can destroy tanks.

Due to their low cost, SIHAs also allow less wealthy countries to tackle large military forces. For example, in Syria, Russia, would not dare to be in direct confrontation with Turkey…

SİHAs destroyed dozens of Syrian war tanks, armored vehicles, armored howitzers and weapons in Idlib within a few days. So much so that the Syrian army was devastated by aerial bombardment, a large number of vehicles were abandoned by the soldiers which were later seized by the Syrian opposition backed by Turkey.

As a result, the Syrian army had to stop its attacks on Idlib in the north and leave the lands it had gained.

Bayraktar TB2, which started its activities in Libya, also strengthened the UN-recognized "National Unity Government" of Fayiz el-Serraj, who fought against the coupist Khalifa hafter. Until now, the Hafter has ruled a large part of the country outside of the capital Tripoli.

However, the intervention of Turkey, especially the use of Turkish sihai, seems to have changed the balance of power in favor of serraj. Units affiliated with Serraj seized the watiyye Air Base, which had a strategic importance in mid-May, thanks to Bayraktar TB2 SİHAs.

Greece started to cry when Turkish Sihas were working day and night in the Mediterranean, around Cyprus and the Aegean islands, following their smallest movements.

The Greeks were crying out 'theyhave their eyes on our borders, Greece had to take off its F-16s in order to detect Turkish UAVs in the Aegean. This brought great financial burden. In addition, the Greek government was criticized in the media  "Our F-16s are chasing Turkish UAVs" and "Turkish UAVs are blending in in the Aegean".

The staffs who prepared the Greek defense plans could not decide for a long time how to deal with the Turkish UAVs. Two very old model UAVs in the hands of Greece did not give the desired result. Negotiations have been launched with the USA for 3 Reaper-type UAVs. As an urgent solution, it was preferred to rent 2 Heron Mk2 from Israel.

The United Arab Emirate placed the SİHAs bought from China under the order of the leader of the armed forces, in the east of Libya, however Khalifa haftar was unable to escape the wrath of the Turkish soldiers despite the aid of the military.

Those that buy siha from the US , will not be saved by the wrath of Turkey. Turkey’s export of siha to Qatar, Pakistan, Tunisia and Ukraine will be GAME changing WEAPONS for these countries.

Yes.  Turkey’s NEW TECHNOLOGIES are RAPIDLY GROWING the MILITARY CULTURE. Turkey WILL CONTINUE TO BE FRIENDLY with ITS FRIENDS AND destructive TO its ENEMIES.