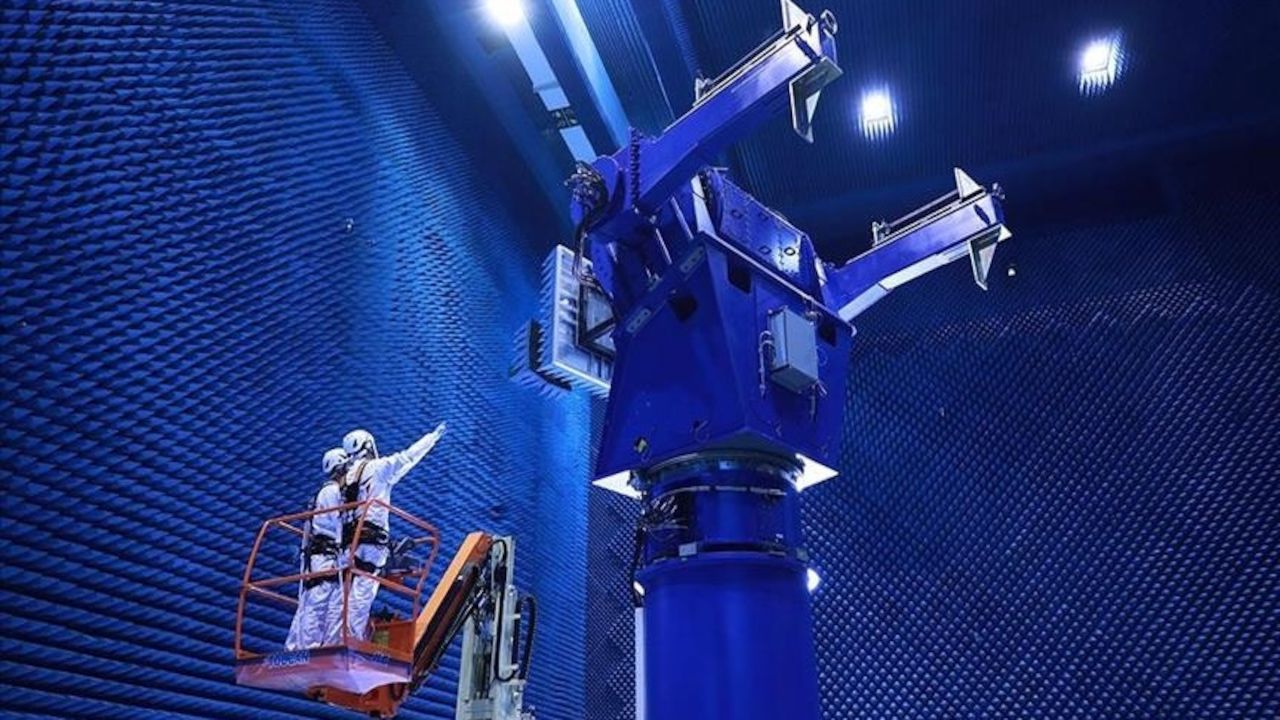 With the announcement of Turkey’s National Space Program, the implementation of programs for the creation of satellites for various purposes has accelerated.

Turkey's first communication satellite – TURKSAT 1A – was launched on Jan. 24, 1994 but fell into the ocean after 12 minutes and 12 seconds due to a fault with a thruster rocket.

The incident did not affect Ankara's position in any way and the country continued to invest in satellite technology. On Aug. 10 of the same year, a new telecommunications satellite, TURKSAT 1B, was launched into orbit.

As of Jan. 8, 2021, the number of active Turkish satellites in Earth orbit had reached seven, which became possible thanks to the successful launch of the fifth generation telecommunications satellite TURKSAT 5A.

The launch of a geostationary communications satellite, which was created by specialists from Airbus and D&S for the needs of Turkey, was carried out from the cosmodrome at Cape Canaveral in Florida. TURKSAT 5A will start operating in the second half of this year.

The TURKSAT 5B communication satellite is also expected to be launched in the last quarter of 2021.

Under the leadership of the TUBITAK Space Technologies Research Institute, or TUBITAK UZAY for short, and with the support of the Ministry of Industry and Technology, work continues on the project of the first domestically produced telecommunications satellite – TURKSAT 6A. This satellite is planned to be launched into orbit in 2022.

Turkey will cover Europe, Africa and western and southern parts of Asia including Indonesia and excluding Russia and China in the communication field with its TURKSAT satellites.

Although the original design life of the RASAT satellite was three years, it successfully completed its ninth year in orbit as of Aug. 17, 2020 by revolving 51,000 times around the world, scanning a field of 17.2 million square kilometers (6.64 million square miles) and transferring 3,284 lane images to the earth station.

The RASAT satellite, in circular Sun-synchronized orbit and at an altitude of 700 kilometers (435 miles), operates with 7.5 meters (24.6 feet) of a monochrome and 15 meters (49.2 feet) of a multiband spatial resolution push-broom camera.

The RASAT, which has a four-day revisit period, can be controlled with a three-axis magnetometer. Each frame image has 30x30 kilometer (18.6x18.6 mile) dimension. Lane images up to 960 kilometers (596.5 miles) can be transferred from the satellite.

As part of the RASAT project, more than 100 satellite design, production and test experts were trained and satellite montage, integration and test laboratories were enlarged.

Images from the RASAT, which were received by TUBITAK UZAY’s earth station, will be uploaded to Turkey's first space image portal Gezgin, which provides images freely through the country's electronic state website.

It was produced with an agreement between TUBITAK, Turkish Aerospace Industries (TAI), TUBITAK UZAY and the National Defense Ministry.

It can provide digital and geographical data production with the target intelligence needed by the Turkish Armed Forces and the Air Force Command in particular. It will provide satellite images also for other institutions and universities.

The satellite, which was produced with a high indigenousness rate, meets Turkey's needs in the defense, environment, urbanization, agriculture and forestry fields with a 2.5-meter (8.2-foot) resolution.

The satellite, which has high-speed data communication that can download an image of a nearly 640-kilometer (397-mile) lane in a single pass, has a capacity for taking images from all around the globe and transfer them.

The GOKTURK-2 project aimed to develop technology, expert manpower and infrastructure for space and satellite systems and to meet the observation and research needs of public institutions and organizations with national capabilities. At this point, expert manpower has been trained to take part in future satellite projects within TUBITAK UZAY and TAI and infrastructure and capabilities have been gained for designing, producing, analyzing, assembling, integrating and testing satellites and equipment.

Turkey’s other earth observation satellite GOKTURK-1, aimed at meeting high-resolution image needs of the Turkish Armed Forces for target intelligence, was launched in 2016.

The life of a 0.5-meter (1.64-foot) resolution satellite, designed to conduct exploration at any location in the world without geographical restrictions, is predicted to be seven years.

With subsystems production under the IMECE Infrastructure Project, which aims to meet Turkey's high-resolution image needs, Turkey aims to reduce foreign dependence on critical space technologies to a minimum level.

The National Earth Station, of which the project started in 2015, is targeted to conduct the RASAT, GOKTURK-2 and IMECE, which is under construction, and future observation satellites.

While the Turkish Space Agency was established on Dec. 13, 2018 with a decree, the country determined its vision, strategy, target and projects in the space policies field with its National Space Program, which was revealed in February 2021 by President Recep Tayyip Erdogan.

As part of the program's first goal of a Moon mission, the spacecraft is targeted to reach the Moon at the end of 2023 and make a soft landing on the Moon in 2028.

Sending Turkish scientists to the International Space Station is also among the goals. After a training process, the most successful candidate will be chosen for conducting scientific studies in space and sent to space on the 100th anniversary of the Republic.