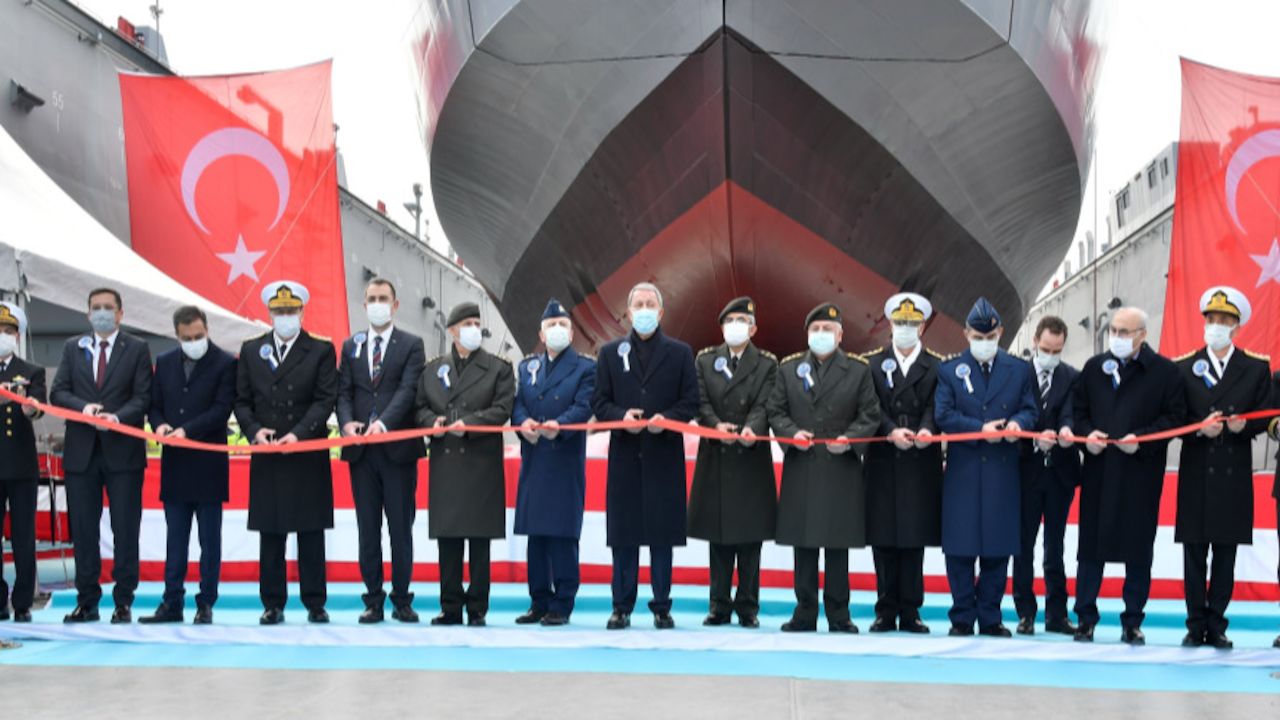 The Inauguration Ceremony of the Floating Dock "Dock-14" with a lifting capacity of 10.000 tons, which was built under the main contractorship of ASFAT in cooperation with the General Directorate of Shipyards (TGM), was held at the Izmir Shipyard Command with the participation of the Minister of National Defense Hulusi Akar.

In his speech at the ceremony, Minister of National Defense Hulusi Akar stated that considering the recent developments, the importance of domestic and national defense industry has become more evident.

After his speech, Minister Akar handed over the Service Entry Certificate of the Dock to the Dock Commander Özgür İkiz. Soon After receiving the certificate and giving the oath, Commander İkiz alongside, Minister Akar, other Commanders and attendants cut the ribbon by that opening the dock for service.

The contract of 10,000 tons of Floating Dock Project, which is required by the General Directorate of Shipyards, was signed on 2nd August 2018 and its construction was started.

‘’Keel Lying Ceremony’’ of the floating dock which is being constructed by HAT-SAN Shipbuilding Maintenance Repair Inc, was carried out on 6th February 2019. Floating Dock is planned to be completed in October 2019 and to be delivered to İzmir Shipyard Command. The project continues as planned.

The floating dock, which will serve the platforms that will be taken to the inventory of Turkish Naval Forces in the coming period, has a lifting capacity of 10,000 tons. The overall length of the floating dock is 175,60 meters and the inner width is 35.54 meters. The floating dock can dive or floats within in 1 hour. The dock has 2 electro-hydraulic type mobile cranes. Cranes can carry 10 tons of load 10 mt / min