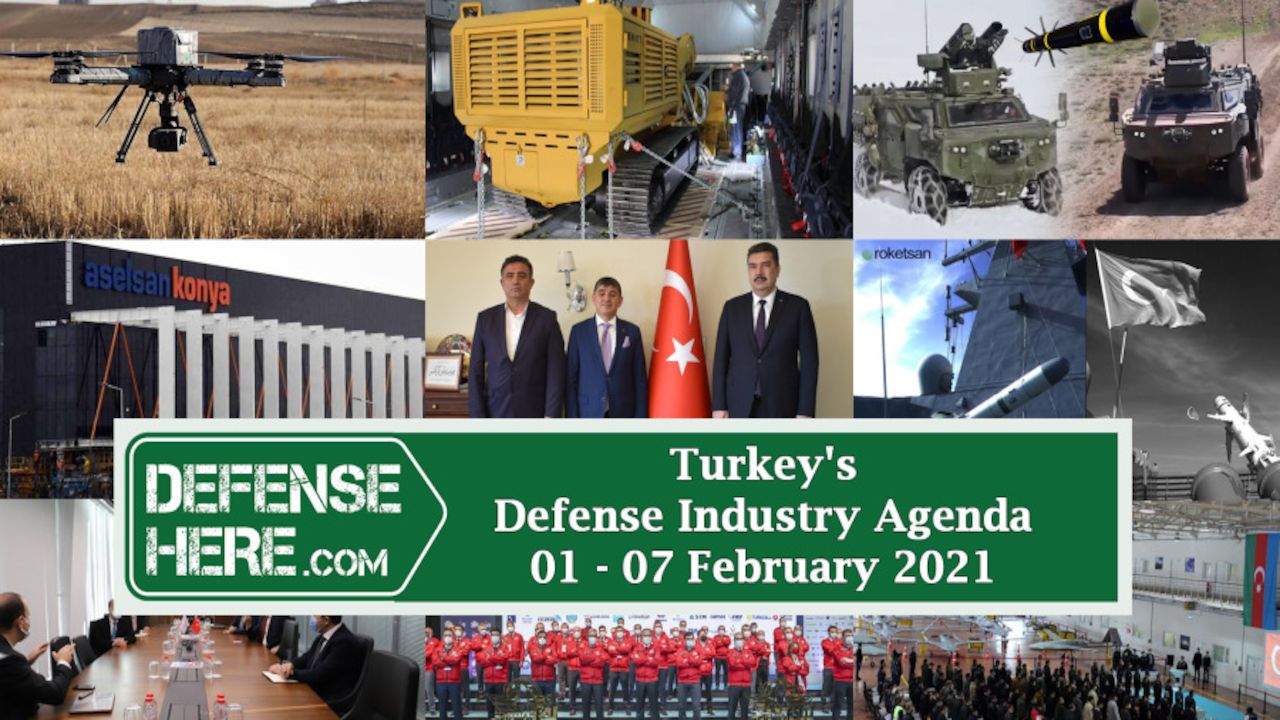 The introductory meeting of the Istanbul Aviation, Space and Technology Festival TEKNOFEST 2021 was held at Atatürk Airport.

77 soldiers of the Azerbaijan Air Force, who successfully completed the Bayraktar TB2 UAV Operator training given by Baykar Defense, received their certificates at a ceremony held at the Baykar Flight Training Center.

It was decided to support the weapon and weapon systems production facility investment to be made in Konya by ASELSAN Konya weapon systems Inc. with project-based government Grant-in-aid.

While aimed to be included in the TAF inventory this year, ROKETSAN’s nationally developed, ATMACA sea cruise missile, successfully destroyed a target after launched from the TCG Kınalıada ship.

It has been announced that the unmanned aerial vehicle developed by Lapis Aviation will enter the inventory of Turkish security forces.

The Turkish Armed Forces held a still water crossing exercise with the participation of troops from the Land and Naval forces.

Qualification tests of the Lightweight National Infantry Rifle MPT-76-MH, designed by the Mechanical and Chemical Industry Corporation, have been completed. The weight of 3 KG 750 grams weighing rifle has been brought down to 400 grams.

TEI announced that it will organize a 14-week aircraft engines training program for 3rd and 4th year Engineering students.

The President of the Presidency of Turkish Defence Industries announced that the deliveries of Roketsan’s OMTAS missiles carrying FNSS-production Kaplan and Pars anti-tank vehicles are in progress.