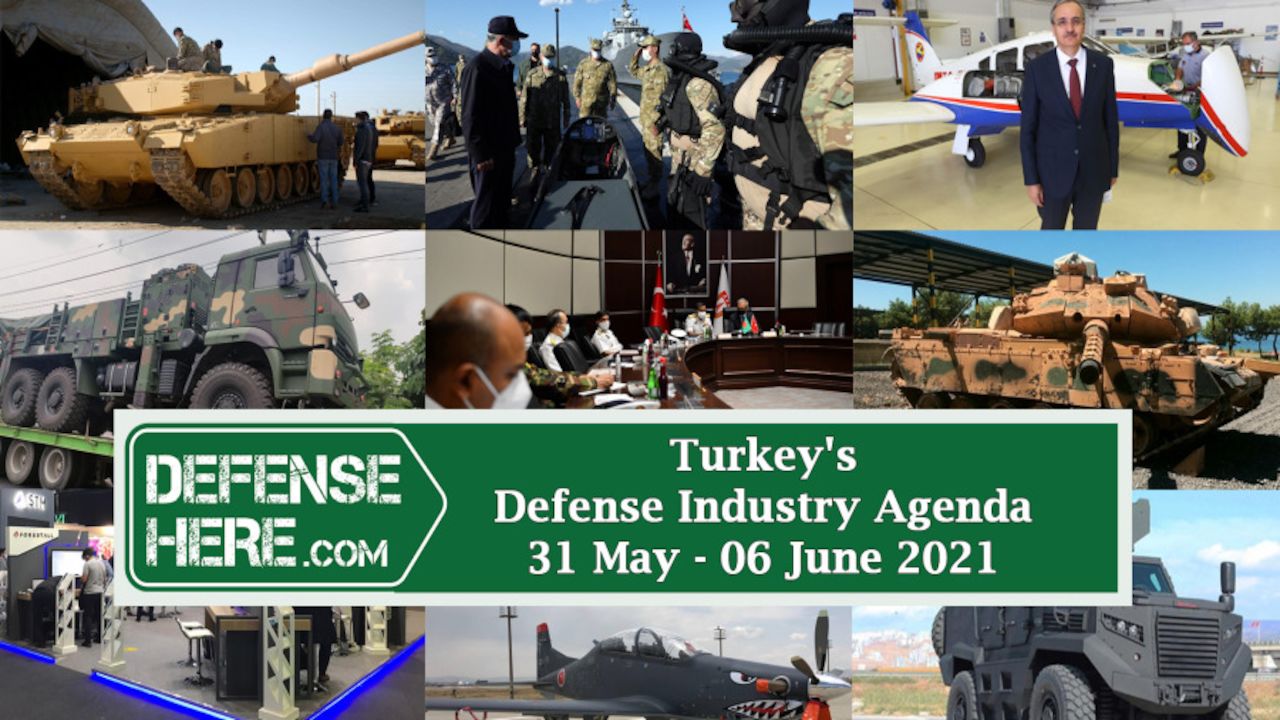 The Head of the Presidency of Turkish Defence Industries Ismail Demir announced that the mass production of the PULAT Active Protection system developed for TAF’s M60T tanks is in progress.

ROKETSAN delivered the first batchof the TRG-300 Kaplan missile system, which it exported to Bangladesh.

The Air-Ground Integration model of Hürkuş, developed by TAI, flew for the first time during the Anatolian Phoenix-2021 Exercise.

ROKETSAN has started the mass production and integration of the armor package developed for the Leopard 2A4 tanks.

The Commander of the Bangladesh Navy and his accompanying delegation paid a visit to the Presidency of Turkish Defence Industries.

Gürcan Okumuş, Director of TÜBİTAK SAGE, said that the tests within the scope of the Bozok Project have been completed and Sarb-83 will enter the inventory soon.

With the Facility Security clearance, it received, THK Aircraft Maintenance Technical Services Inc. has become authorized to perform maintenance work on aircrafts and helicopters both nationally and internationally.

It has been announced that the Aksungur UAV developed by TAI will be used by the General Directorate of Forestry for firefighting missions.