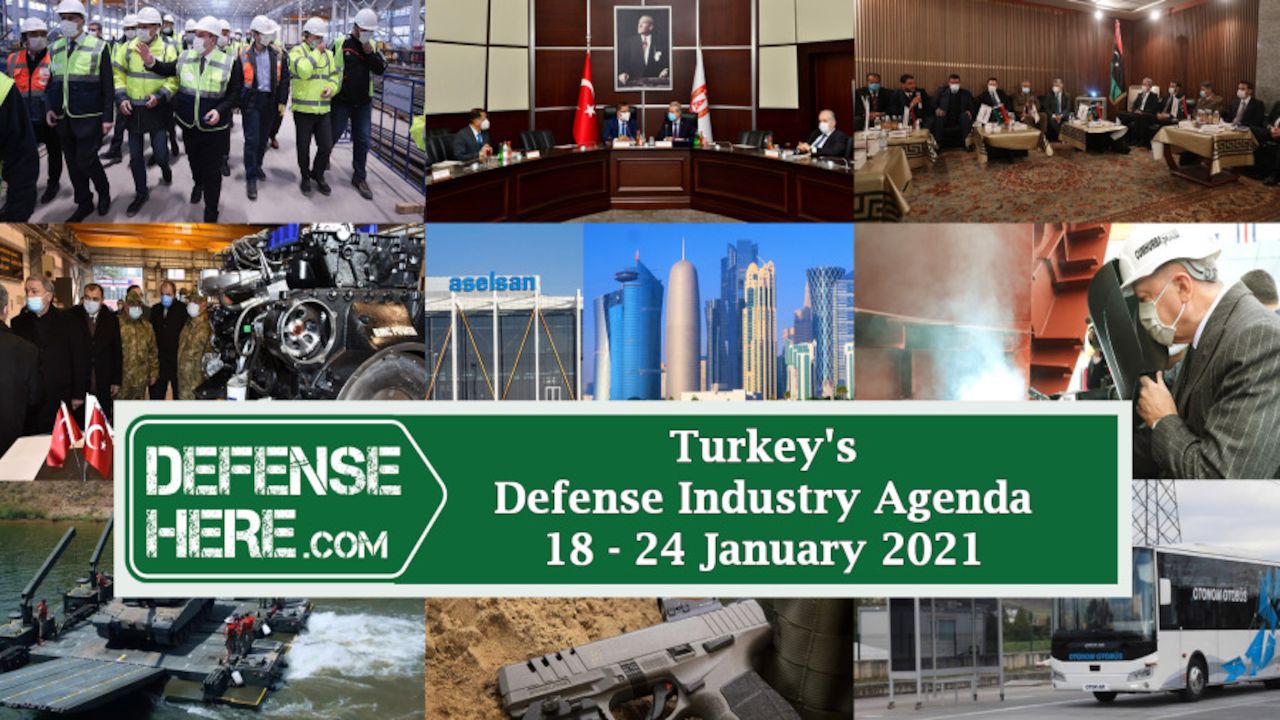 The Presidential Adviser on Military Affairs of the Philippines and his accompanying delegation visited the Presidency of Turkish Defence Industries.

ASELSAN announced that it opened a branch in Qatar to support the .

Developed by Sarsılmaz, Turkey’s domestic pistol, the SAR9X Platinum, was awarded the 2020 Editor’s Choice Award of the U.S. based "On Target defense magazine".

The Minister of Industry and Technology Minister Mustafa Varank examined the latest developments at the Akkuyu Nuclear Power Plant.

Otokar announced that the second stage of software integration processes and driverless verification tests of the autonomous bus were successfully completed.

A delegation from HAVELSAN visited the capital of Libya, Tripoli and held various meetings.

Hasan Hüseyin Ertok was assigned as the new General Manager of Türksat.

Joining the Turkish Naval Forces’ inventory on December 11, 2020 under the MELTEM-3 Project, the first P-72 naval patrol aircraft has been commissioned.

The first welding ceremony for the 3rd corvette under the Pakistan MİLGEM Project was held.

BMC demonstrated the driving and maneuvering capabilities of its armored vehicles to the Turkish Defense Minister Akar and his accompanying delegation.