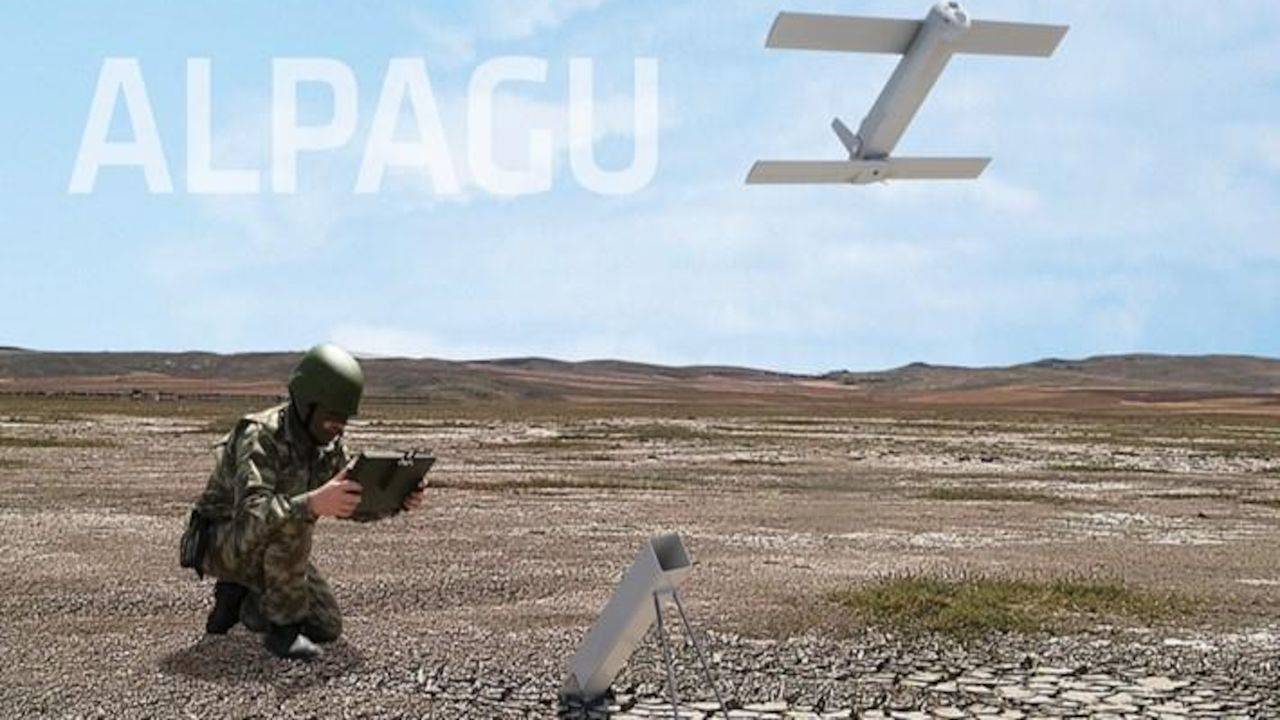 "Kamikaze drone", one of the most notable products of the Turkish defense industry recently, will soon be diversified with "Alpagu".

According to information from the AA correspondent, Turkey's "kamikaze drone" strike known as unmanned aerial vehicles (UAVs), STM defence technologies engineering and Trade, AS is working to improve the capabilities of a variety of products and vehicles in this area.

Kargu, whose deliveries to the security forces are ongoing and successfully used, is particularly prominent with its reconnaissance, surveillance and annihilation missions in residential operations, the option of aborting missions and wreaking havoc in a widespread area.

Alpagu will be accompanied by Kargu, which appears in the field of battle. Alpagu is differentiated by its lightweight structure, dive speed, low radar cross-section area and speed, causing spot damage to high-value or important targets.

There are 2 look a likes in the world

There are only 2 platforms in the world with similar qualities to Alpagu under 2 kilograms in weight.

Despite its small size and light weight, Alpagu carries enough explosives to neutralize its target, can operate at very far distances and can be easily carried by a single soldier and used very quickly in the field of Duty. Alpagu also has a significant surprise effect and operational superiority with its artificial intelligence and image processing capabilities, its silence, its ability to deliver the explosive it carries to the target.

Having successfully completed a challenging development process, STM continues intensive testing in the field. Alpagu, whose ability to launch, fly, reach and deactivate, was tested and improved, achieved highly successful results. The final tests will end soon and Alpagu will be put to use by the Turkish Armed Forces by the end of the year.

In addition to its superior capabilities, Alpagu distinguishes itself from its competitors, which has very few counterparts in the world, with features such as the ability to be used as a herd and the ability to be integrated into different platforms.

Can also be fired from armored vehicles and UAVs

Alpagu can be used by a single soldier, as well as versions that can be fired from multiple lanchers via armoured vehicles. Alpagu, Bayraktar Akıncı offensive UAV, Anka, such as the launch of armed unmanned aerial platforms will be developed versions.

The STM's agenda also includes larger, longer-range and faster versions of the Alpagu, which can carry more explosives. With the ability to develop a small platform under 2 kilograms, larger platforms can be made ready for use in a very short time.

Development on larger versions of Alpagu will eventually produce platforms that can weigh over 10 kilograms and engage larger targets.

Following deliveries starting this year, an Alpagu family of products will be created, with products to be diversified starting next year.

Different kamikazes in the same herd

Alpagu, on the other hand, is another STM product with Remote Sensing, image processing and tracking capability that can be integrated into unarmed UAV platforms such as Togan.

STM, which has developed herd action capability on Kargus, will implement a concept of use in which Alpagu and Kargu can be used in the same herd for different types of missions.