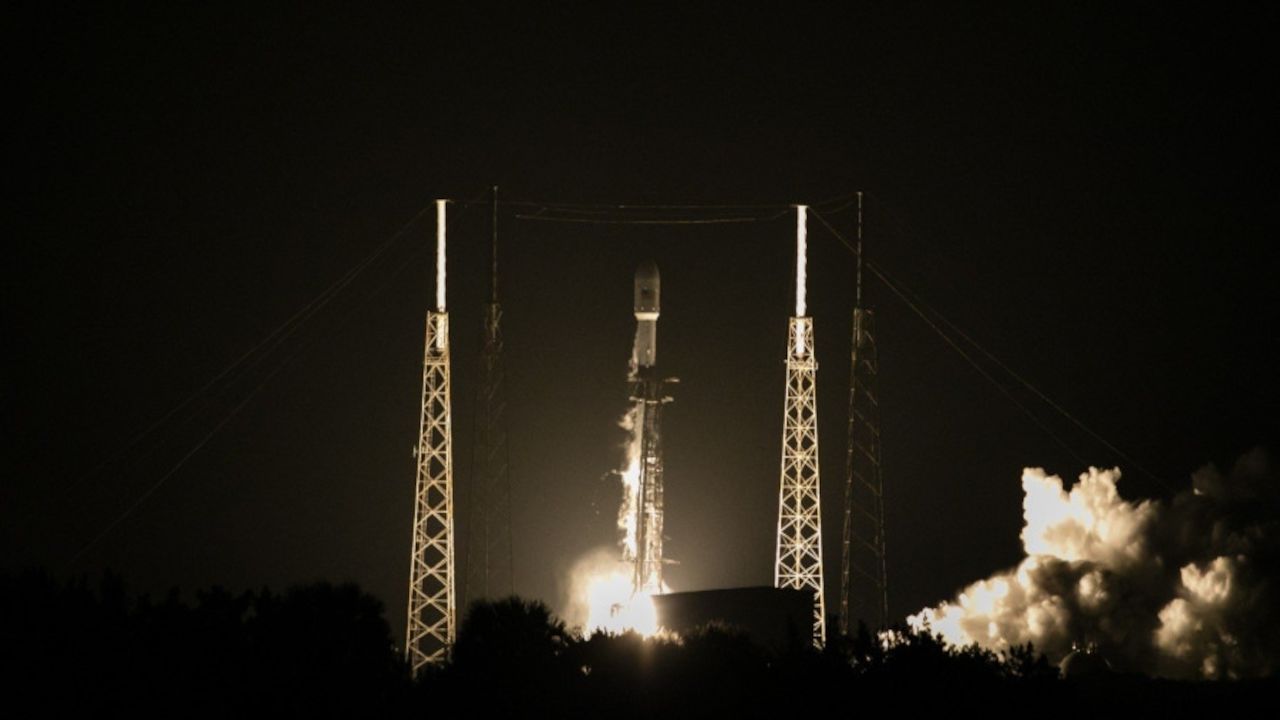 Tests will be carried out on Turkey’s fifth-generation electric propulsion system telecommunication satellite launched into space on Jan. 8, Türksat 5A, once it reaches its orbit, and it is set to be operational by June, Transport and Infrastructure Minister Adil Karaismailoğlu said Wednesday.

Karaismailoğlu made the announcement during the protocol signing ceremony between Türksat and leading Turkish defense company Aselsan for the "Ka-Band National Satellite Communication HUB System and Modem Development Project.”

The minister, who noted the dizzying pace at which developments are occurring in terms of the country's satellite technology and space research agenda, said the Türksat 5A satellite currently en route to its orbit successfully carried out orbital enhancement operations using electric propulsion engines on Jan. 13. He added that all of the satellite's subsystems were running smoothly.

Stating that Türksat 5A will reach its orbit at a distance of 36,000 kilometers (22,370 miles) from the ground in the first days of May, Karaismailoğlu emphasized that after the “satellite reaches its orbit, orbital tests will be carried out and it is to start to work as of June."

It will play an active role in protecting national orbit and frequency rights while gaining new frequency rights to be used commercially for next-generation Türksat satellites, according to the minister.

He also stressed that the National Space Program recently unveiled by President Recep Tayyip Erdoğan has given momentum to satellite and space technologies projects. The production on the Türksat 5B is continuing according to schedule and the satellite will be sent to space during the second half of this year, he said.

Stating that the most important feature of the Türksat 5B satellite is the 53 Gbps capacity Ka-Band communication system, Karaismailoğlu noted, "With the Ka-Band system, our current broadband data communication capacity will be increased approximately 15 times,” referring to Wednesday’s protocol as good cooperation on the nationalization and localization of the value-added satellite services.

Türksat 6A, the first communication satellite produced in national facilities, meanwhile, will take its place in space in 2022.

"Our country has reached the level of developing, producing and testing its satellites today. We attach great importance to the institutional capacity in the field of space. We are developing our competitiveness among other developers around the world by manufacturing new generation satellites within the scope of the National Space Program,” Karaismailoğlu said.

In November, Erdoğan announced that Turkey had completed satellite launch tests and reached space four times using fully domestic engineering. In January this year, a SpaceX Falcon 9 rocket blasted off from a launchpad in the U.S. state of Florida to deploy a new-generation Turkish communication satellite, Türksat 5A, into orbit. It will be located in an unused Turkish orbital slot at 31 degrees east. Three of the satellites currently in space are operating for communication, namely Türksat 3A, Türksat 4A and Türksat 4B, while the other three, Göktürk-1, Göktürk-2 and Rasat, are for observation.

Most recently, on Feb. 9, in a breakthrough, Turkey unveiled its ambitious 10-year space road map that includes missions to the moon, sending Turkish astronauts to a scientific mission in space and developing internationally viable satellite systems. Noting that the program was prepared and will be carried out by the Turkey Space Agency (TUA), the president said during the inauguration ceremony of the National Space Program that Turkey is opening the door to the space journey of its civilization that pioneered justice, morality and peace in the world for centuries.

Karaismailoğlu also commented: “With the historical protocol is to be signed today, we will produce the HUB system and modems that allows point-to-point communication in the Ka Band sKa-Band used in VSAT systems, one of the value-added satellite services, with local and national resources. Some 150 modems will be produced and two HUB systems will be installed within this scope. With the system to be created, product vendors will be carried put for corporate customers, home users, military and special tactical applications.”

He underlined that the cooperation between the two distinguished organizations would certainly lead to success.

On the domestic production of said systems, Karaismailoğlu said that they “will make data flow much safer with the end-to-end integrated system,” adding that, “by taking the intellectual and industrial rights of our national products, a brand will be created in the international sector."