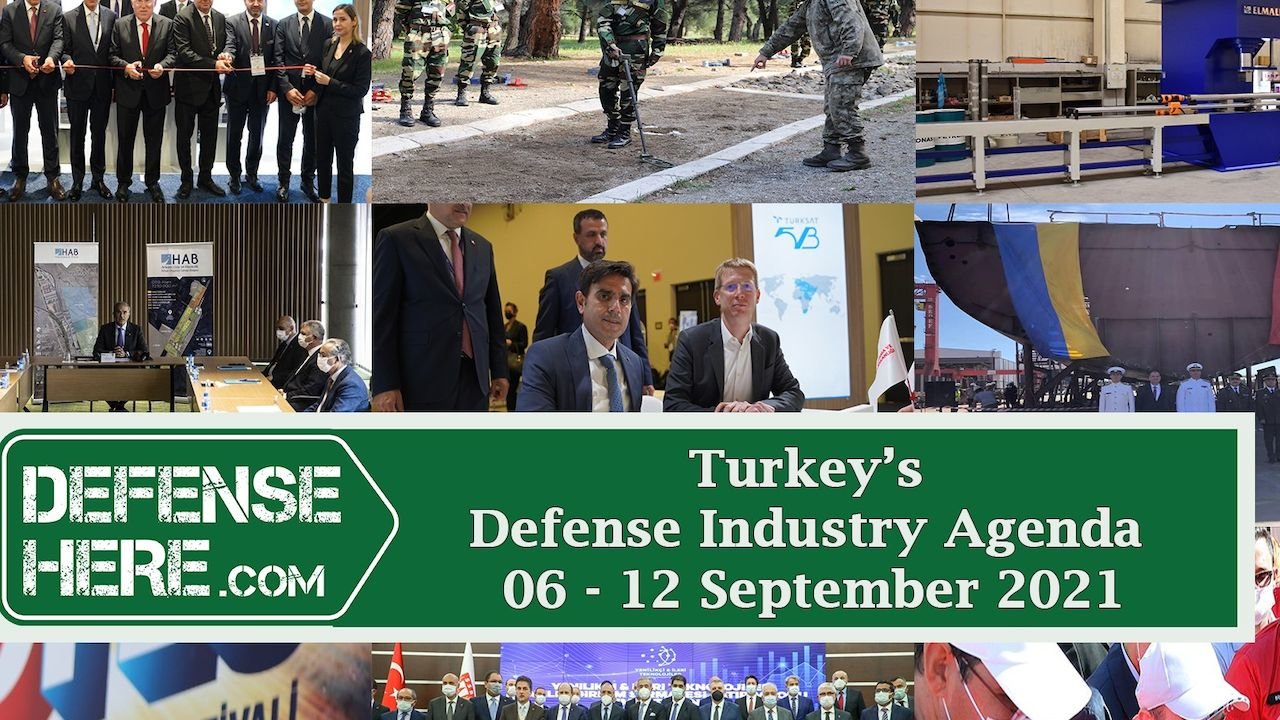 Ismail Demir, the head of Turkey's Defense Industries Presidency, said that it is aimed to host 300 enterprises in Ankara Aerospace Industry Zone and to create over 15 thousand jobs.

Industry and Technology Minister Mustafa Varank said the test-fire from an F-16 jet for Turkey’s air-to-air missile "Bozdogan" will be carried out in October.

According to the post show report of the 15th International Defense Industry Fair (IDEF), 1,238 exhibitor companies from 53 countries attended the fair while it was visited by almost 70 thousand professional participants from nearly 100 countries.

The keel-laying ceremony for the first MILGEM ADA class corvette built by Turkey’s STM for the Ukrainian Naval Forces was held in Istanbul.

Turkey's TURKSAT signed a strategic cooperation agreement with the U.K. based Inmarsat for TURKSAT 5B satellite planned to be launched by the end of 2021.