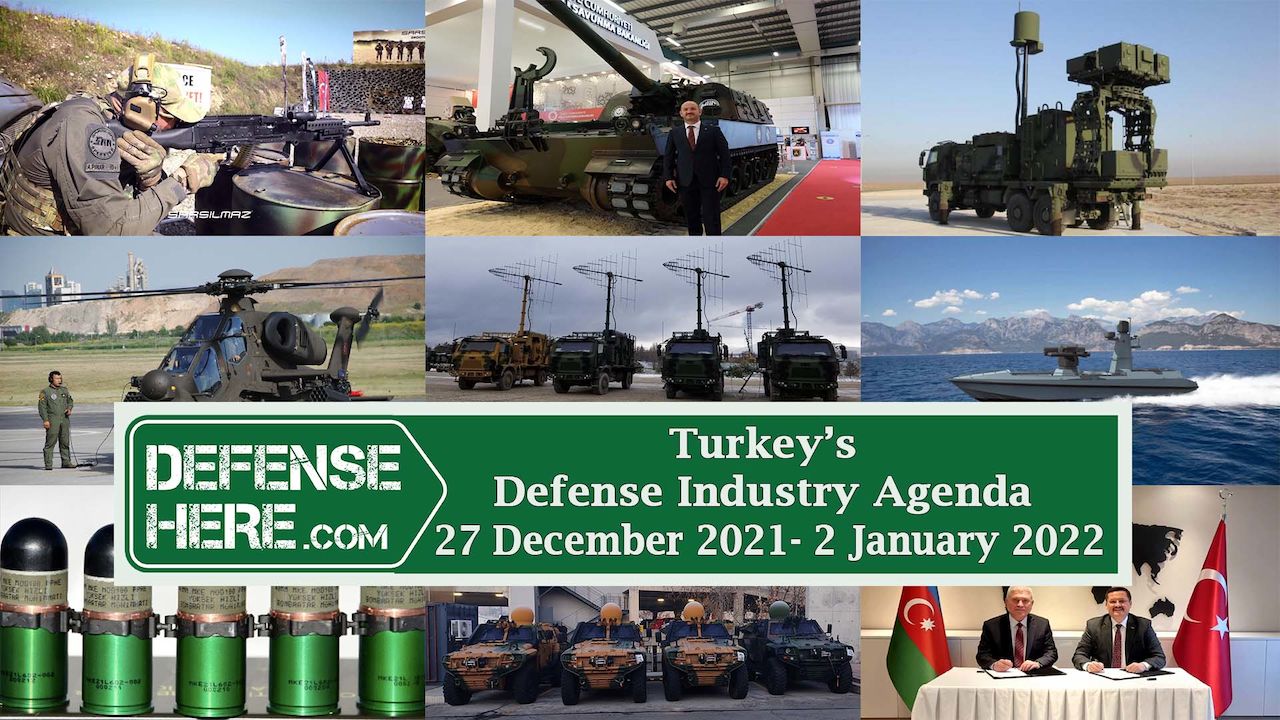 Within the scope of the contract signed between the Presidency of Defense Industries and the DESAN-ÖZATA joint venture, 4 domestic refueling ships will be produced for the Turkish Naval Forces.

Updated version of ILGAR Combat Electronic Warfare System made by ASELSAN were delivered to the Turkish Armed Forces.

According to an agreement signed with the Ministry of Defense of Azerbaijan, Turkey's ASFAT will equip and modernize military factories in Nakhchivan, Azerbaijan.

Mechanical and Chemical Industry General Manager Yasin Akdere announced that the company is set to produce an electric version of Fırtına, the self-propelled howitzer, in the first quarter of 2022.