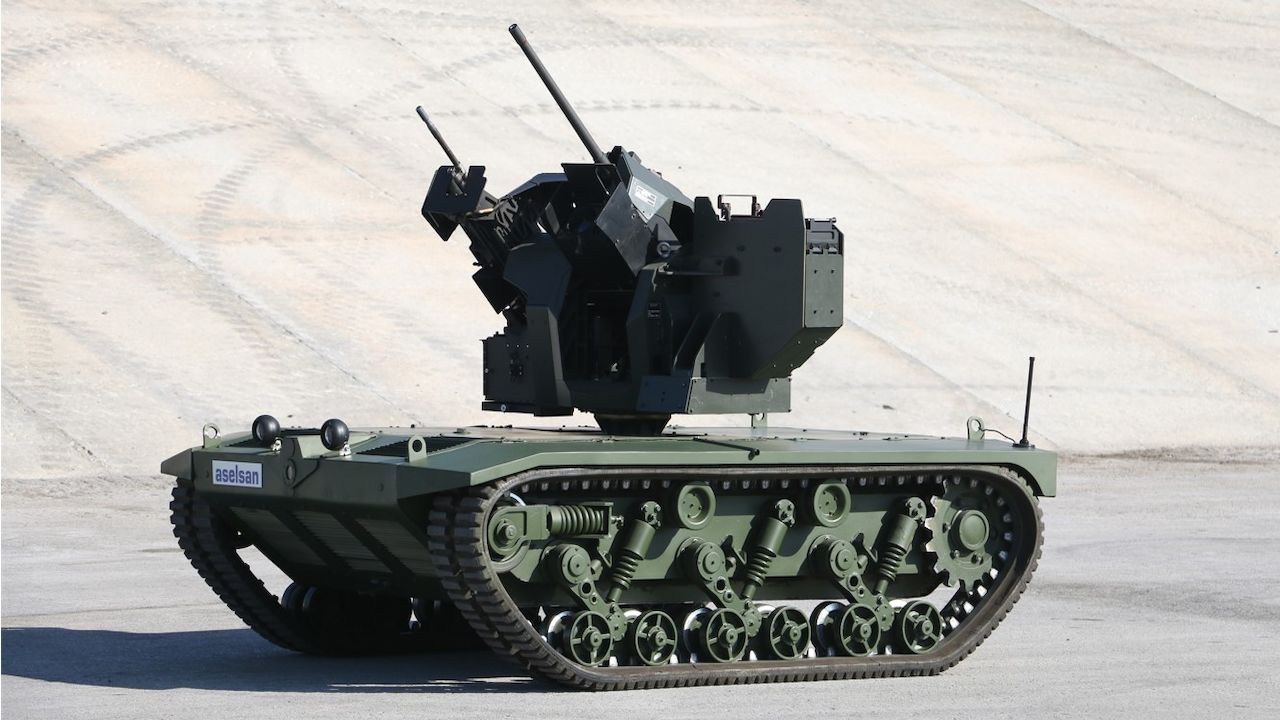 Remote Controlled Weapon Platform (UKAP) which is developed by ASELSAN and Katmerciler, shows off its talent at a ceremony on UGVs and military robotic technologies coordinated in Ankara at FNSS’ main campus on November 9.

The vehicle, which can be used on the forefront for advancement in engagement areas or in beach disembarkment operations, plays an important role in reducing loss of lives in casualty evacuation operations by performing suppressive fire under intense fire during the removal of the elements positioned at critical points from the positions.

The vehicle which helps transport heavy loads in rough terrain conditions, is improving life safety by reducing personnel needs by being used in logistic routes located in regions under hostile threat.

The vehicle can gather important information on hostile agent detection and operation field discovery, without loss of life thanks to its low profile and thermal trace, and on-board cameras.