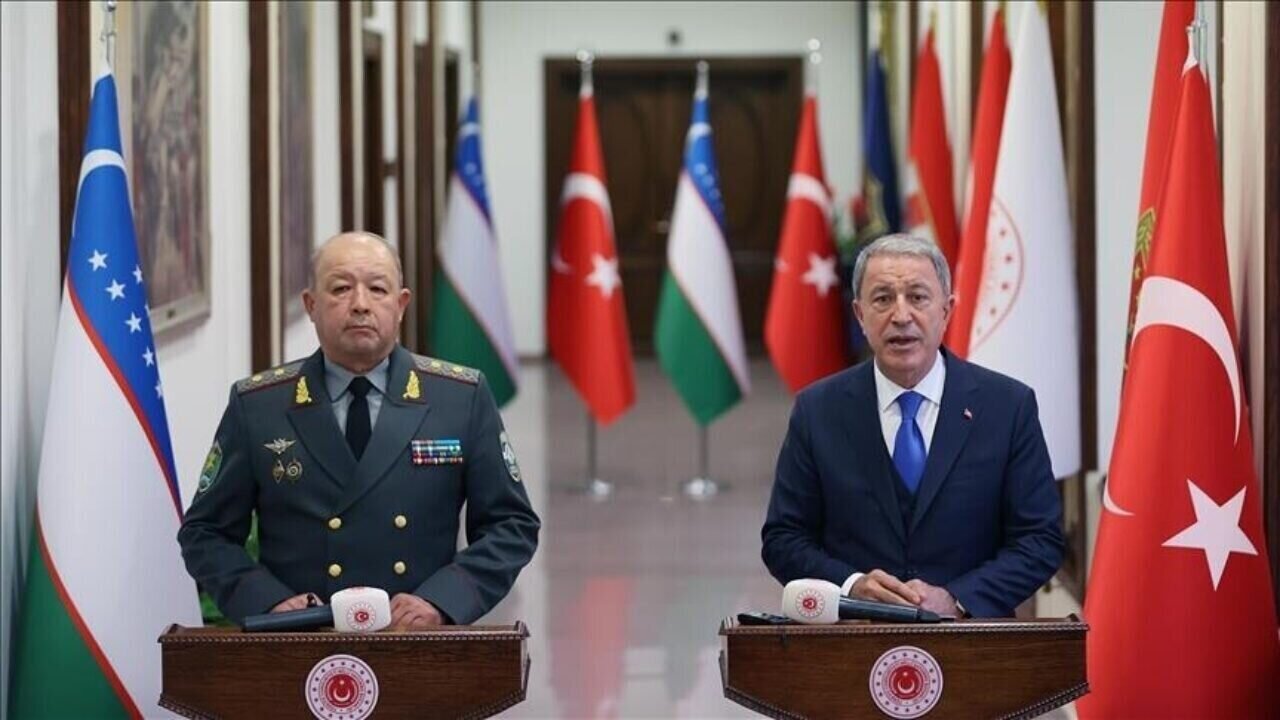 Türkiye is determined to fight against terrorism and the country's only target is the terrorists, National Defense Minister Hulusi Akar said Wednesday.

"We will continue our fight against terrorists without interruption. Let no one doubt that. Our struggle will continue until the last terrorist is neutralized. Our friends, allies and interlocutor countries need to understand our stance on this issue very well. Our only target is terrorists," Akar said at a news conference with his Uzbek counterpart Bakhodir Kurbanov in the capital Ankara.

Early on Sunday, Türkiye launched Operation Claw-Sword, a cross-border aerial campaign against the terror group PKK/YPG which has illegal hideouts across the Iraqi and Syrian borders where they plan attacks on Turkish soil.

"In addition to military education cooperation issues, we continue our efforts for important developments in the defense industry. We wholeheartedly believe that these relations will deepen in the coming period, and therefore the defense and security of the two armies and the two countries will become much stronger," he added.

Kurbanov said he believes that the Turkish Armed Forces will punish those responsible for the "vile attacks."

"Türkiye is among the world's leading countries in the defense industry. Therefore, I believe that we will take important steps in cooperation in this field," he added.

In its more than 35-year terror campaign against Türkiye, the PKK – listed as a terrorist organization by Türkiye, the US and the European Union – has been responsible for the deaths of more than 40,000 people, including women, children and infants. The YPG is the terror group's Syrian offshoot.