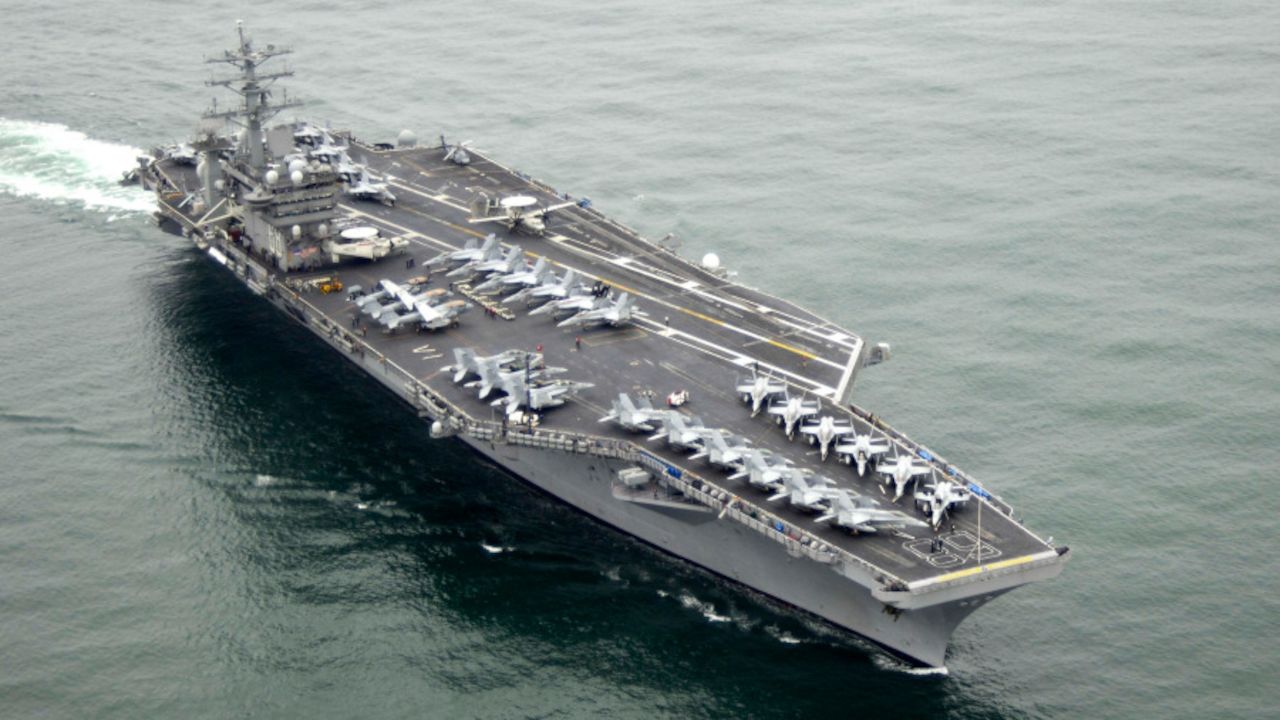 The Pentagon last month ordered the warship to remain in the Middle East because of Iranian threats against President Donald J. Trump and other American officials, just three days after announcing the ship was returning home as a signal to de-escalate rising tensions with Tehran.

With those immediate tensions seeming to ease a bit, and President Biden looking to renew discussions with Iran on the 2015 nuclear accord that Mr. Trump withdrew from, three Defense Department officials said on Monday that the Nimitz and its 5,000-member crew were ordered on Sunday to return to the ship’s home port of Bremerton, Wash., after a longer-than-usual 10-month deployment.

The Pentagon for weeks had been engaged in a muscle-flexing strategy aimed at deterring Iran and its Shia proxies in Iraq from attacking American personnel in the Persian Gulf to avenge the death of Maj. Gen. Qassim Suleimani. General Suleimani, the commander of Iran’s elite Quds Force of the Islamic Revolutionary Guards Corps, was killed in an American drone strike in January 2020.

The Pentagon then asserted last month — without presenting any evidence — that it had detected new intelligence that Iran was targeting Mr. Trump in the weeks before the inauguration. So the Nimitz and its wing of strike aircraft were ordered to stay near the Persian Gulf, just in case.

Biden aides assessed soon after taking office that it was time to send the Nimitz home. Gen. Kenneth F. McKenzie Jr., the commander of the military’s Central Command, said last week that American firepower in the region most likely contributed to deterring Iran and its proxies from any attacks in the waning days of the Trump administration.
“Largely, they have been able to tell them this is not the time to provoke a war,” General McKenzie said, according to Defense One, which was among the publications traveling in the region with him. “Not all of that is probably the result of the military component. I’m sure there’s a political calculation in Iran to get to a new administration and see if things change.”

Indeed, Robert Malley, a veteran Middle East expert and former Obama administration official, was selected last week to be Mr. Biden’s special envoy for Iran. He will be responsible for trying to persuade Tehran to rein in its nuclear program — and stop enriching uranium beyond limits imposed by a 2015 nuclear accord with world powers — and agree to new negotiations before the United States lifts its punishing economic sanctions against Iran.

That prospect has angered important regional allies. Israel’s military chief, Lt. Gen. Aviv Kochavi, last week warned the Biden administration against rejoining the nuclear deal, even if it strengthened the deal’s terms. General Kochavi also said he had ordered his forces to increase preparations for possible offensive action against Iran during the coming year.

No decision has been made whether to send another carrier to the Middle East to relieve the Nimitz, the three Pentagon officials said on Monday. But the carrier Eisenhower, now in the Atlantic and bound for the Mediterranean, or the carrier Theodore Roosevelt in the Pacific could be dispatched in the coming weeks or months.

The Air Force is also expected to keep sending B-52 bombers on periodic, round-trip, show-of-force missions from the United States to the Persian Gulf. Two B-52s flew a 36-hour mission from Barksdale Air Force Base in Louisiana last week — the first during the Biden administration and third overall this year — 10 days after a similar tandem of bombers flew the same route from Minot Air Force Base in North Dakota.

“It’s still a tense time,” said Vice Adm. John W. Miller, who is a retired commander of the Fifth Fleet, based in Bahrain, and who recently visited the Persian Gulf region.