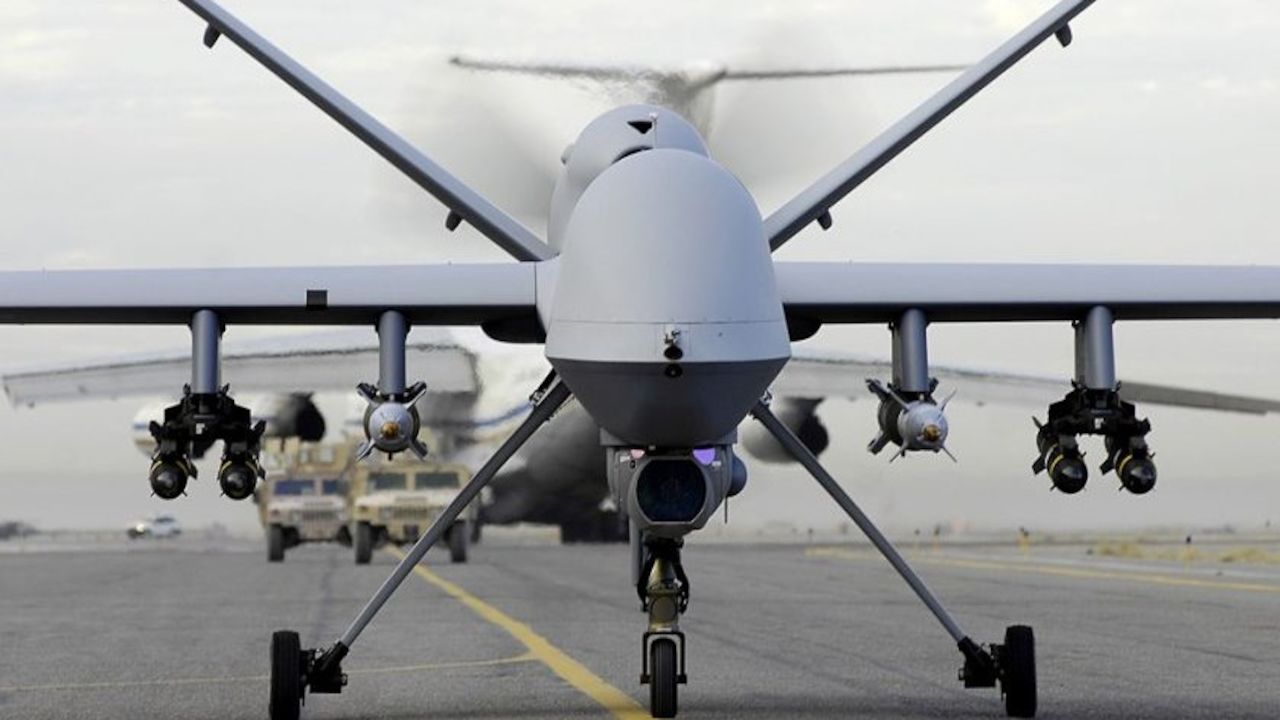 The White House's recent decision to allow the sale of advanced weapons systems to the United Arab Emirates highlights the deliberate shift in US policy towards the UAE after it signed "normalisation" accords with Israel.

Why would the UAE want American drones as it already has dozens of Chinese armed unmanned aerial vehicles (UAVs) in its inventory? And why has the United States now agreed to these sales, overcoming its traditional reticence to sell sophisticated weapons to other countries?

Chinese armed drones have made a significant effect on the battlefields across the Middle East and North Africa. They have been used to assassinate Houthi rebel leaders in Yemen, kill ISIL-affiliated fighters in the Sinai, and for a time help Khalifa Haftar dominate the battlespace in Libya. While the US has traditionally refused to sell its latest advanced weapons systems, China is not bound by such constraints and has had no problem exporting its drones right across the Middle East and Africa.

Factories under licence to build Chinese armed drones have been set up in Pakistan, Saudi Arabia, and Myanmar. Exports of Chinese drones are so extensive the sales have made China the second-largest arms exporter in the world.

Why are Chinese drones so popular and why has the US held back till now from selling its own combat UAVs?

In only a few years, China has been able to research, produce and refine its armed drones, complicated pieces of military hardware, enough to help tip the balance of military power in a conflict.

Two main types of combat drone have been put up for export, both having achieved significant operational success. The first is the Cai Hong "Rainbow" series, made by the Chinese Aerospace Science and Technology Corporation (CASC), the most popular version being the CH-4 which has been sold to Egypt, Iraq and Jordan. Earlier versions have seen action in Nigeria as the government battles Boko Haram in the north of the country.

The other main contender is the Wing Loong series of combat drones. Made by the Chengdu Aircraft Industry Group (CAIG), they for a time dominated the battlefields of Libya as they have successfully operated out of airbases in the east of the country, giving Haftar's self-styled Libyan National Army (LNA) a significant advantage over the embattled Government of National Accord (GNA).

Both types of drones have several desirable features in common. They have significant range, far greater than other combat drones such as Turkey's Bayraktar TB2, giving them an enhanced strike capability. They can operate from high up making them more survivable than their competitors and they can carry more bombs and missiles meaning they can pack a heavy punch should they need to. Last but not least they are significantly cheaper. A CH-4 Chinese combat drone at $4m is a quarter of the price of a US-made Reaper MQ-9, which goes for $16m.

So why do countries still seek American weapons systems and why is the US reversing its traditional stance of not selling advanced weapons systems to anyone other than close allies?

While Chinese drones have been successful, they have a far from the perfect operational record. There have been significant issues with their satellite command and control. While they fly fairly high, it is still not high enough that they are invulnerable from ground fire, resulting in several combat drones being shot down. Despite being relatively cheap, they still cost several million dollars and procurement of replacements takes time. This can result in reverses on the battlefield for the forces they are backing.

The MQ-9 Reaper is combat-proven with an excellent operational record, albeit over non-contested skies. The drones can literally be flown from halfway round the world and the Reaper is the world's first dedicated Hunter-killer drone, able to carry larger, heavier precision-guided bombs as well as missiles.

The US has been reticent to sell these premier combat drone systems fearing they will either be misused or the technology would fall into the hands of its rivals, such as China, which has been accused of industrial espionage in helping it advance its high-tech military programmes.

To the US's regional allies, this hesitance to share weapons and technology has seemed hypocritical as it was the US that conducted an extensive assassination programme over Pakistan, with few ethical qualms hindering the campaign.

China has no such problems in selling its technology and has seen its influence grow across the Middle East as a result. Chinese armed drones need Chinese advisers to train foreign personnel and orders for Chinese bombs and missiles are needed as they get used in conflicts and need replacing. It is far easier for new Chinese systems to be integrated into armed forces that already use them. It is this kind of influence that has the US worried.

China has been astute in tying exports of military technology to countries that are an integral part of its Belt and Road Initiative (BRI), the sprawling network of ports, highways and rail lines that serve as arteries for the vast amount of vital resources China needs to maintain and guarantee its industrial output in the near future.

Under President Xi Jinping, China has been more than willing to nurture long-term defence cooperation with its partners along the BRI. A recent report (PDF) published by the London School of Economics foreign policy think-tank directly links sales of Chinese armed drones to countries who are part of the initiative such as the UAE.

The US did allow the export version of its Predator UAV, which is unarmed, to be exported to the UAE. This did not satisfy Abu Dhabi which long wanted the Reaper as part of its arsenal. The UAE felt they have been fighting the enemies of the US and should therefore have access to those advanced systems. It turned instead to China, which was more than happy to help.

The recent American turnaround, facilitated by the signing of the "normalisation accords" with Israel earlier this month, has seen significant arms deals being pushed through Congress to the UAE. Sales of F-35 stealth fighters and of the much sought-after Reapers have been allowed to go through, despite initial Israeli protests that they would lose their qualitative military edge in the region.

While the F-35 sales would give the UAE a significant boost to its capabilities, the Reaper less so. The US is already looking for a replacement for the system that has been operational since 2007. Useful for counterinsurgent warfare in uncontested skies, the US is moving away from the counterinsurgency operations that largely defined its military posture for more than 10 years, the focus now being on industrial warfare with a near-peer rival like China.

Combat drones will now need to be more survivable, better armed, fly faster and higher, with a much more enhanced layer of autonomy. They will need to start "thinking for themselves". This is already possible in high-end reconnaissance UAVs such as Global Hawk which, once given orders, can fly its mission without human guidance, should it be needed.

Drones will also need to be cheap, networked and able to fly in swarms, overwhelming their enemies despite several being shot down. It is this kind of technology that the US and China are working on. If China develops these models, given its current way of doing business, it will not be long before they are being sold to China's emerging network of allies.

Now the UAE is being sold Reaper UAVs, it is only a matter of time before they are flying combat missions over the skies of Libya and Yemen, in the latest battle for influence between the US and China over the Middle East and Africa.