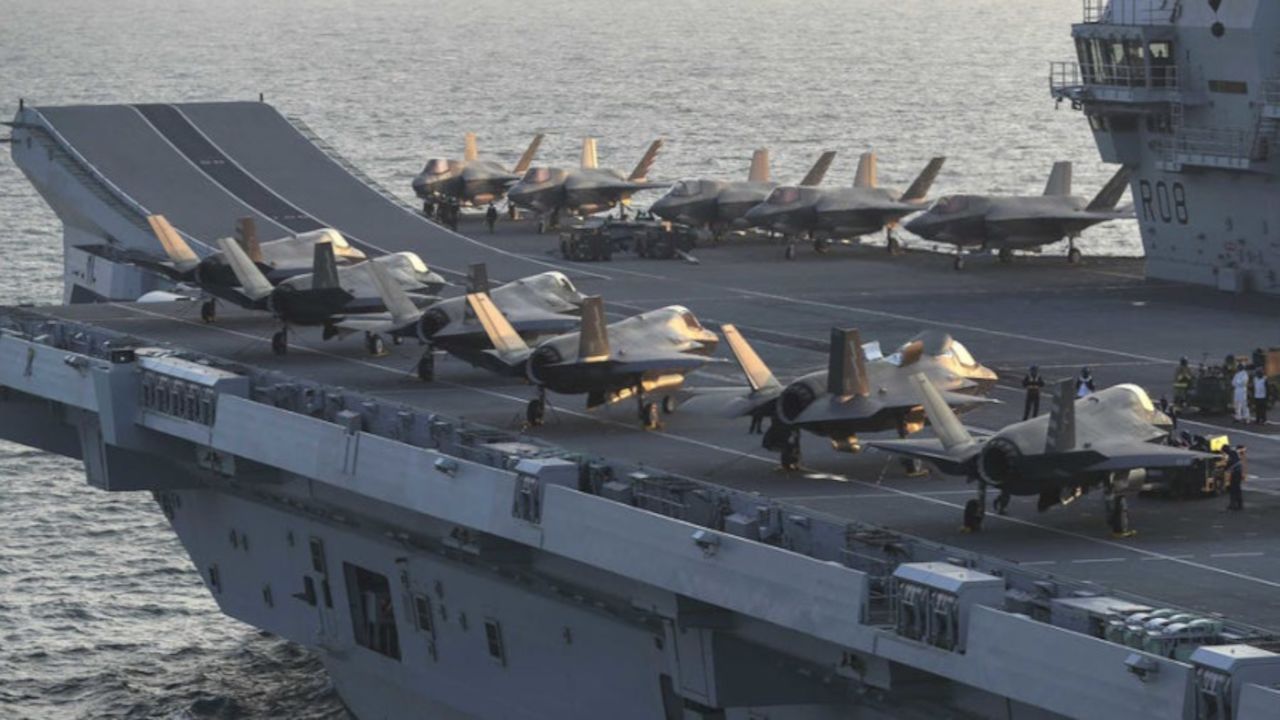 Prime Minister Boris Johnson has stated that the UK will routinely deploy a ‘permanently available, ready to fight’ Carrier Strike Group.
Having two aircraft carriers, HMS Queen Elizabeth and HMS Prince of Wales, allows for one to be available at short notice year round.

“Once both of our carriers are operational ​in 2023, the UK will have a carrier strike group permanently available, routinely deployed globally, and always ready to fight alongside NATO and other allies.

Next year, Queen Elizabeth will lead a British and allied task group on our most ambitious deployment for two decades, encompassing the Mediterranean, the Indian ocean, and East Asia. We shall deploy more of our naval assets in the world’s most important regions, protecting the shipping lanes that supply our nation, and we shall press on with renewing our nuclear deterrent.

We will reshape our Army for the age of networked warfare, allowing better equipped soldiers to deploy more quickly, and strengthening the ability of our special forces to operate covertly against our most sophisticated adversaries.”

The additional funding announced by the Prime Minister will also support the purchase of three new Fleet Solid Support ships and the development of a new multi-role research vessel.

Johnson added: “If there was one policy which strengthens the UK in every possible sense, it is building more ships for the Royal Navy.”