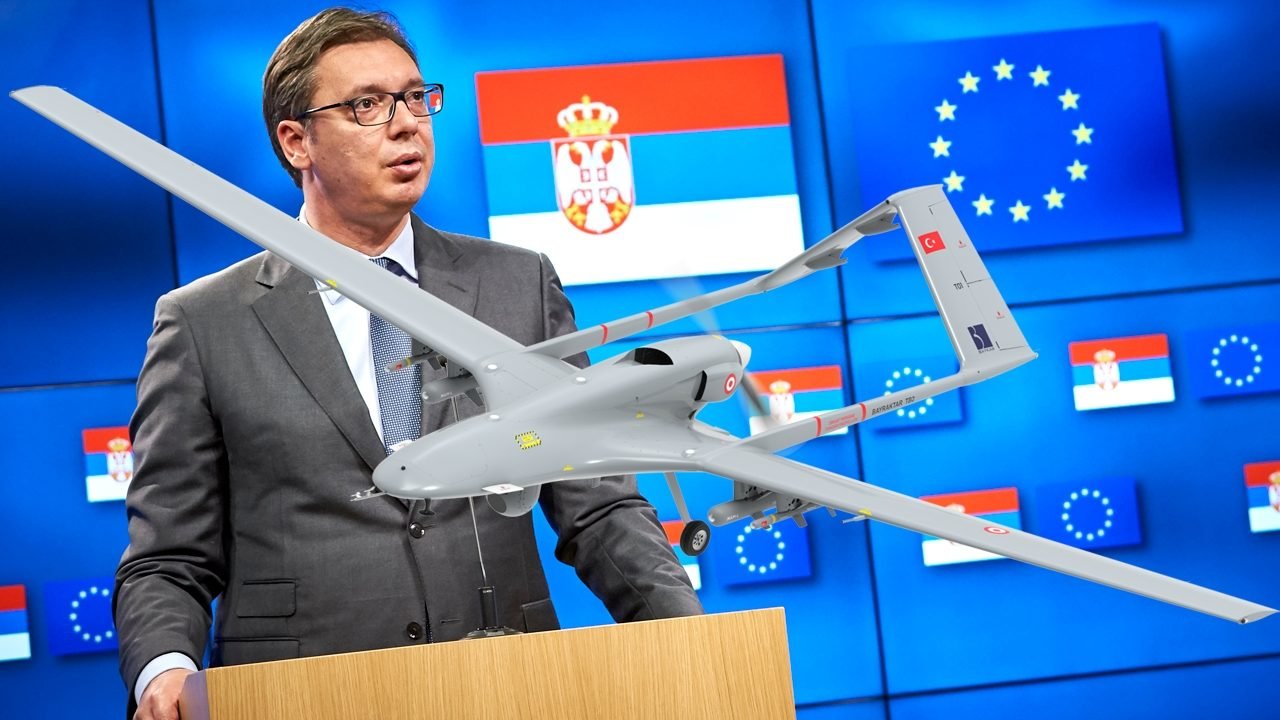 Serbia has reiterated its intention to acquire Turkish combat drones as its president on Saturday vowed to further strengthen the country’s defenses, amid tensions in the Balkans and the Russian invasion of Ukraine.

“We will strengthen our aviation. We will also increase the number of drones,” Serbian President Aleksandar Vucic told reporters after Serbian military forces completed their exercise named “Fire Shield 2022.”

Vucic said that during their talks last week, he asked President Recep Tayyip Erdoğan to supply Serbia with landmark unmanned aerial vehicles (UAVs) Bayraktar TB2s, which have provided successful results and made a meaningful impact in several regional conflicts.

“Two days ago, at a meeting with the President of Turkey Erdoğan, I said that we want to buy Bayraktar from Turkey, and Erdoğan promised me that we can get them,” the president said.

The battle-tested drones have already proven their capabilities in Libya, Syria and the Nagorno-Karabakh conflict. Turkey has also sold Kyiv several batches of Bayraktar TB2s.

The TB2 has also been used by Qatar, Azerbaijan and Poland, which in May last year became the first European Union and NATO member state to acquire drones from Turkey. Many other nations have also hinted at buying the UAVs.

The Bayraktar TB2 – with its electronics, software, aerodynamics, design and submain systems fully designed and developed nationally – stands out among the world's most advanced UAV systems in its class with its flight automation and performance.

It has a record altitude of 27,030 feet for over 24 hours in the air and can carry 150 kilograms (over 330 pounds) of payload. It can operate during the day and at night.

Serbia had in late 2020 expressed interest and plans to purchase the drones, developed by the Turkish drone magnate Baykar.

Vucic praised Bayraktar TB2s and noted that Serbia is very interested in the systems and would certainly buy them in the future.

"We will see whether we will reach an agreement with the Turkish side. In any case, these are very good drones. I have to give the Turkish manufacturers their due," Vucic was cited as telling reporters on Oct. 6, 2020, in the capital Belgrade.

Erdoğan last week during a phone call congratulated Vucic on his successful reelection bid in Serbia’s presidential election, saying he believed that the two countries’ friendship will be strengthened further with solidarity and sincerity.

The two leaders also discussed bilateral ties as well as Russia’s war on Ukraine. Speaking on how the entire region was affected in numerous ways by the Russia-Ukraine war, Erdoğan also reiterated that Turkey will continue to do its best to establish peace.

He also pointed to the need to send constructive messages and provide more stability and security to the region in this difficult period.

For his part, Vucic stressed the importance of Serbia and its economic development of good relations with Turkey, as well as for peace and stability in the region.

Vucic on Saturday also, in a way, confirmed recent reports claiming that Serbia is interested in acquiring 12 Rafale fighter jets, manufactured by Dassault Aviation, from France.

After Croatia bought from France 12 used Rafale jets in November 2021, Vucic hinted that Serbia could also decide to acquire such jets.

“The Rafale is a remarkable plane, I would like if we could buy new ones,” Vucic was cited as saying in December.