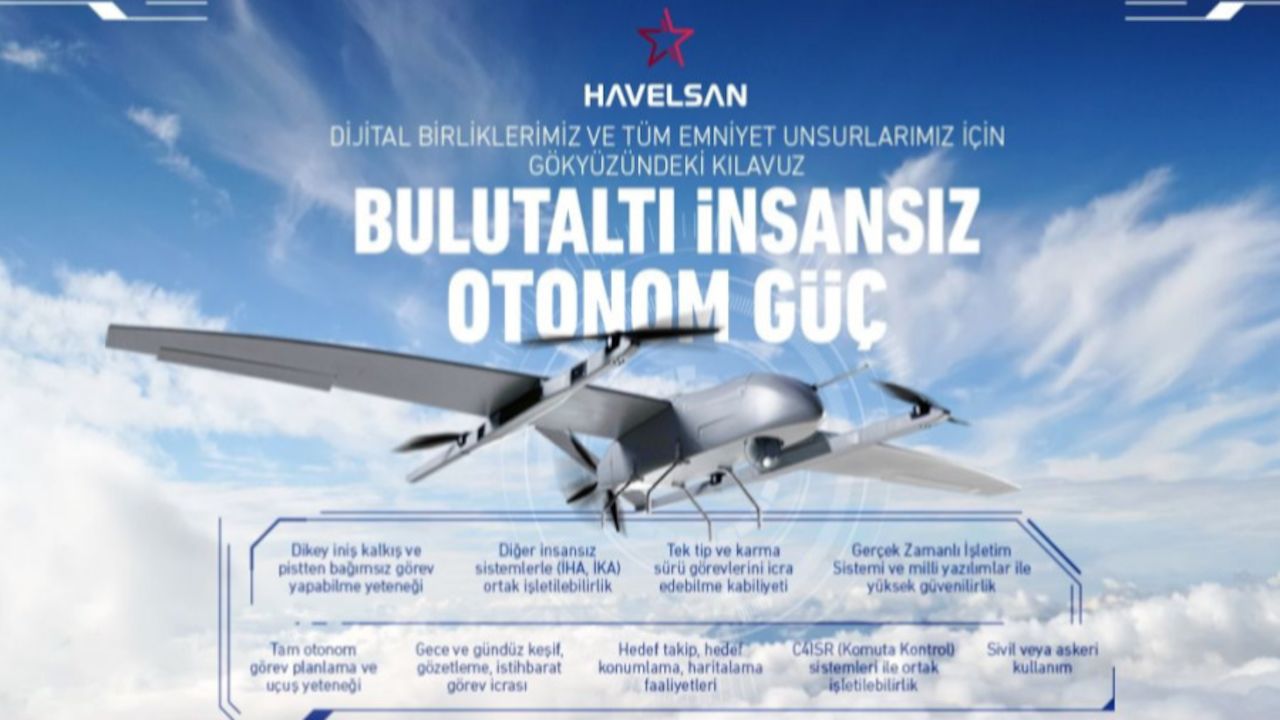 The new drone is a vertical takeoff and landing platform.

Havelsan made a statement on Twitter saying the following:

"The vertical takeoff and landing capable Bulutaltı unmanned autonomous power; interoperable with all types of unmanned systems with full autonomous operation capabilities and many other advanced features."

Interoperability with other unmanned aerial/ground vehicles.

The ability to execute single type and mixed swarm missions

Civil or military use