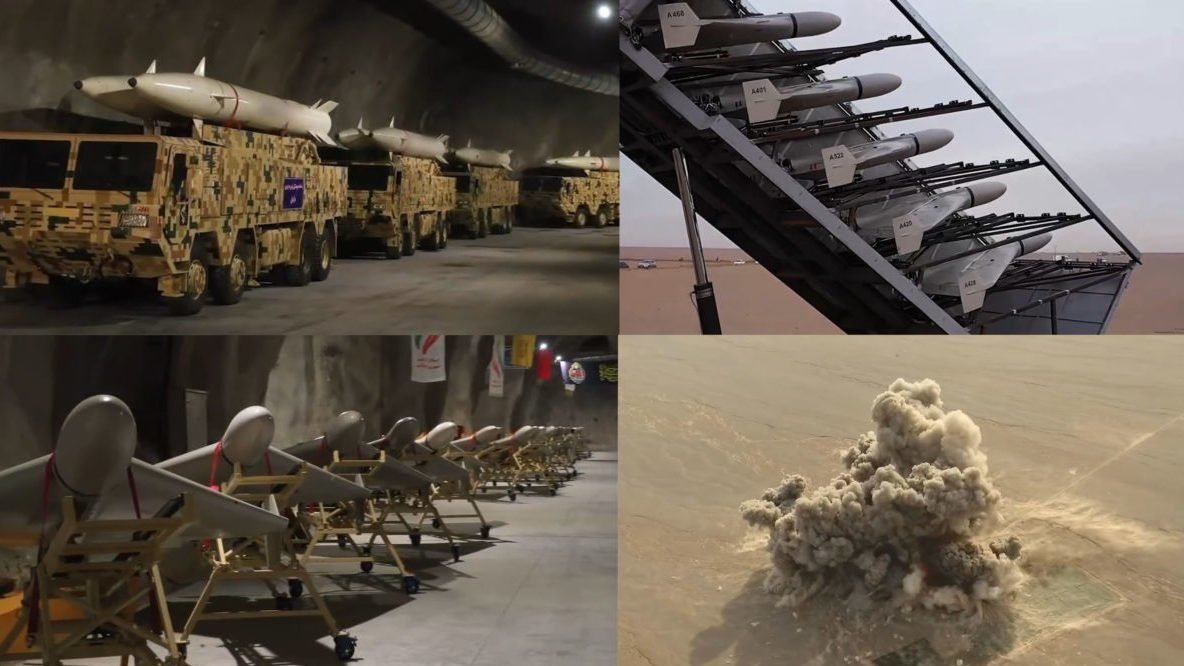 The Iranian Revolutionary Guards shared with the public the images of its bases, where underground missiles and unmanned aerial vehicles (UAVs) are located.

It was reported that the bases in question house "advanced surface-to-surface missile systems, as well as attack UAVs that can neutralize enemy radar and defense networks."

In the video, it can be seen that many missiles and UAVs of various sizes were deployed in bases built in the form of large tunnels underground.

Iran's underground UAV and missile base