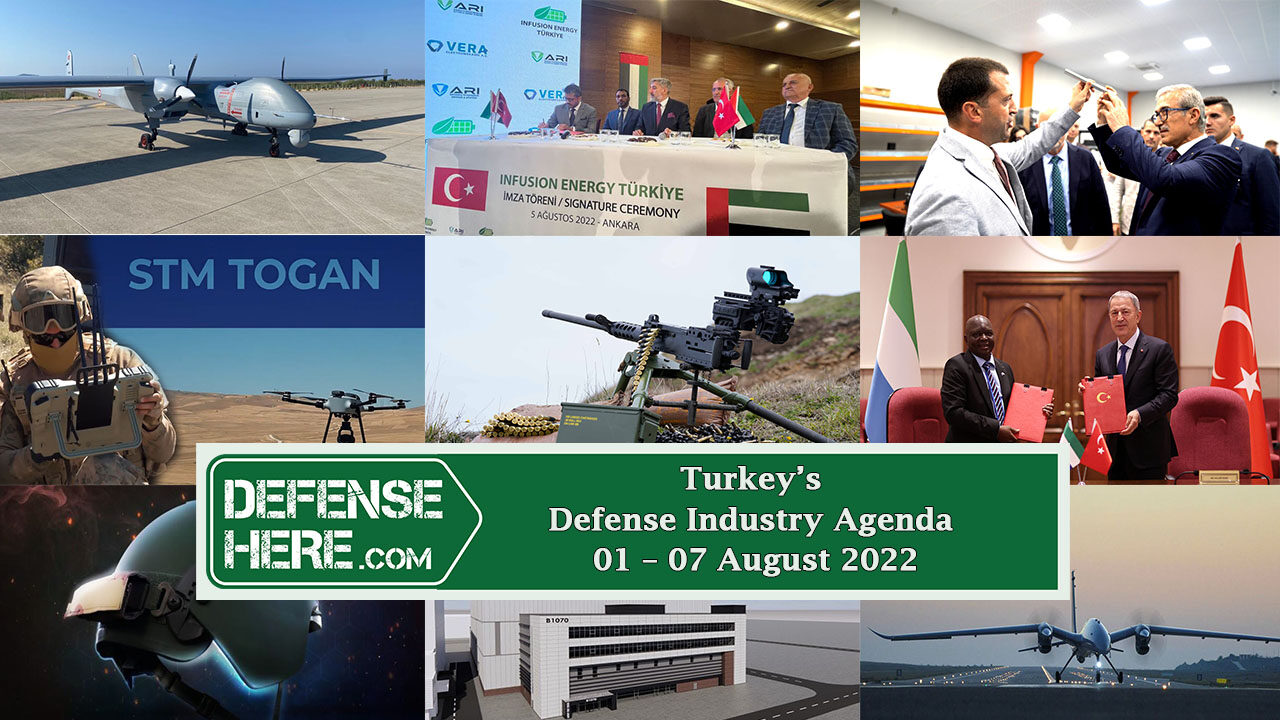 The new version of KOVAN, Next Generation Business Management System developed by HAVELSAN, has been released.

Turkish Aerospace has announced that Turkey's largest and the world's 5th largest radar cross-sectional area test facility will begin its operations in the second quarter of 2024.

A Military Framework Agreement was signed between Turkey and Sierra Leone.

It was announced that 186 companies and institutions from 51 countries and 4390 people excluding the protocol attended the SEDEC 2022 fair.

According to the data of the Turkish Exporters Assembly, Turkish defense and aerospace exports exceeded 2 billion dollars in the first 7 months of 2022.