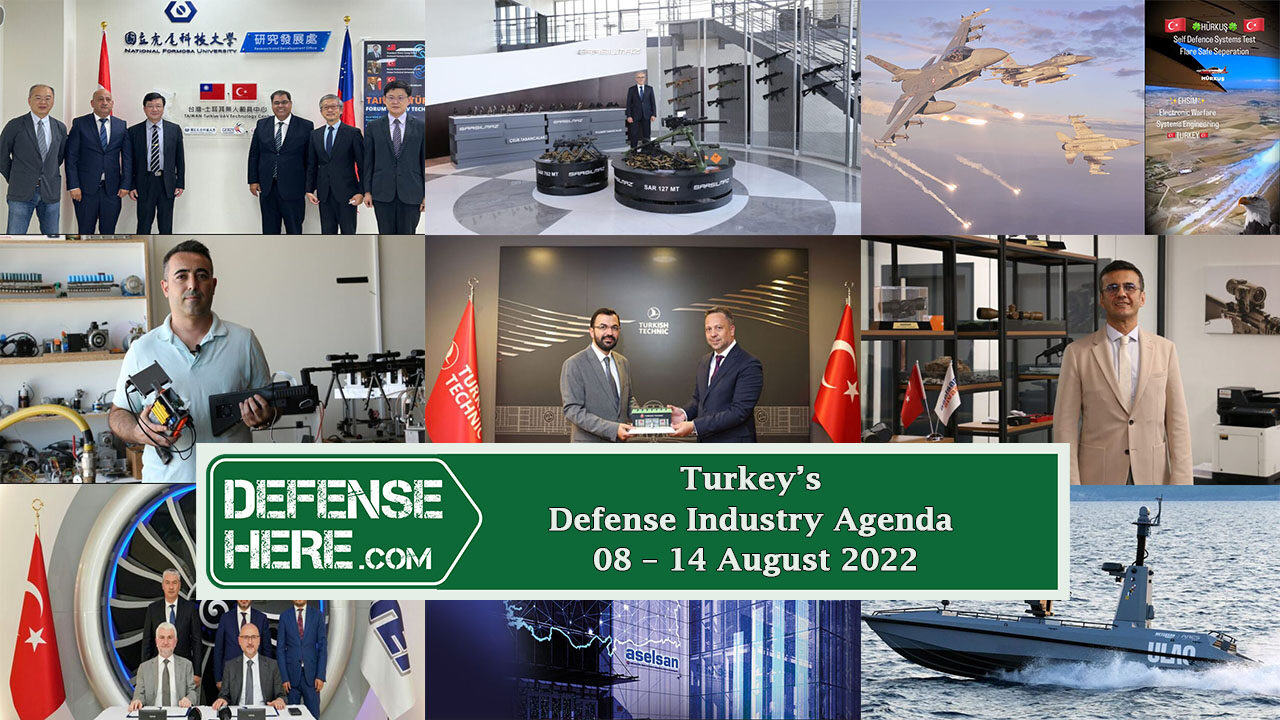 The Countermeasure Release System, made by EHSİM, successfully completed flight tests, and was integrated into Hürkuş trainer aircraft.

Turkish researcher Ufuk Asil shared the details of his study, in which he added artificial intelligence to pistols and rifles.

A cooperation protocol for gas turbines was signed between Turkish Engine Industries and BOTAŞ.

ASELSAN increased its net profit by 50 percent in the first half of 2022.