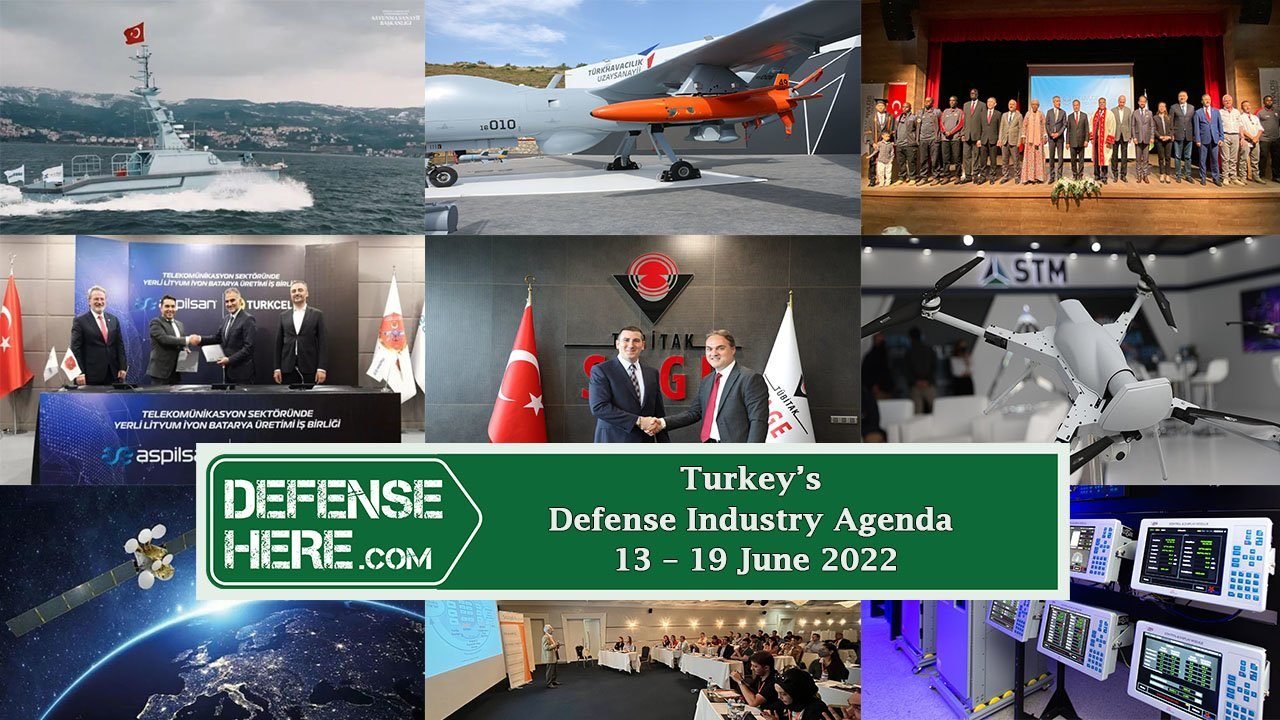 Turkish Defence Industry Agency President İsmail Demir announced that a new phase has been reached in the Swarm USV Project.

Launched last December, Türksat 5B satellite reached its orbit after a 5-month journey and was put into service on June 14.

Fly Bvlos Technology had its first graduation ceremony for its UAV Pilots in Gebze Dronepark.

ASELSAN signed a contract worth 19 million 250 thousand Euros for defense systems with an Asia Pacific country.

CTech started deliveries of its 80GHz Radiolink to Turkcell.

As part of the cooperation agreement signed between ASPİLSAN Energy and Turkcell, ASPİLSAN Energy will produce lithium-ion batteries to be used in the Turkcell’s network infrastructure.

A strategic cooperation agreement for domestic and national ammunition systems was signed between TÜBİTAK SAGE and SEFİNE Shipyard.