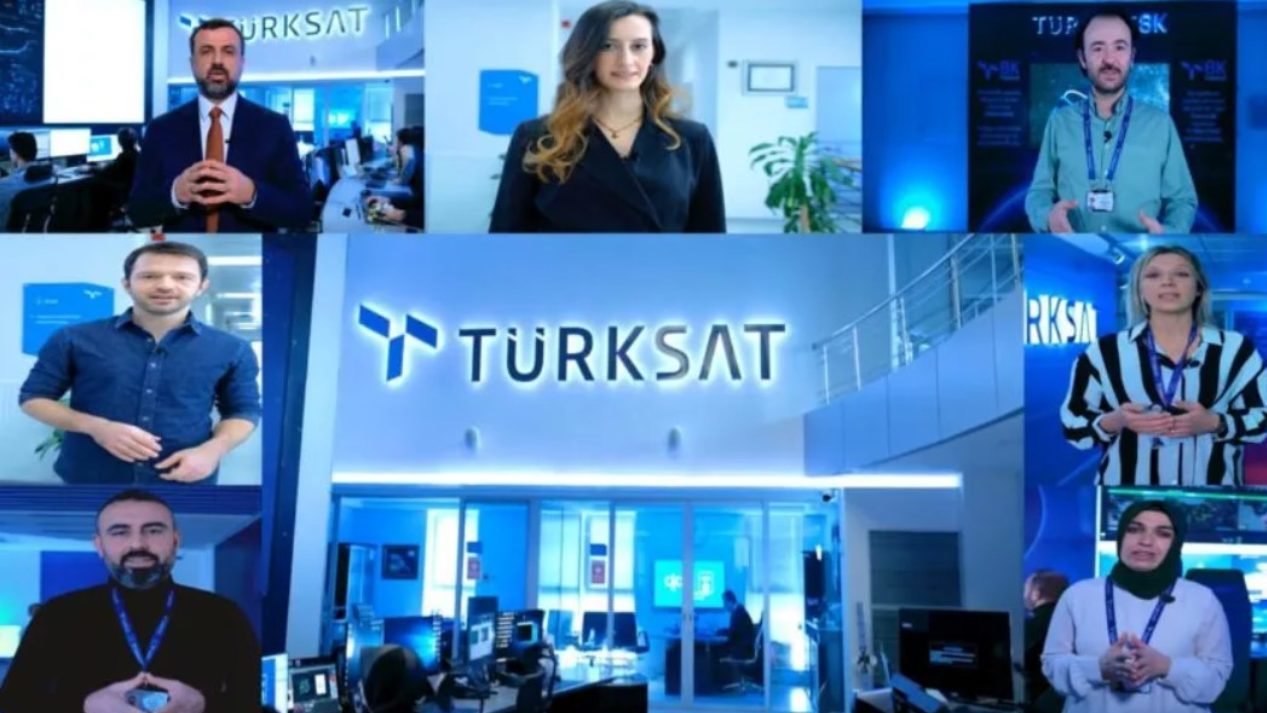 In a video published by Türksat, the company employees talked about Türksat and its services.

Türksat Satellite Communications and Cable TV Operations Company, founded on July 22, 2004, is the sole communications satellite operator in Turkey. The company is responsible for the development of Turkey's satellite ecosystem and the establishment of many IT infrastructures.

The video starts with the words: "This is TURKSAT! Where the many stories of Turkey, world and space begins!"

Employees then begin talking about the company and its services one by one:

"With our KabloTV and KabloNET brands we became the leader in the digital portals and internet category of A.C.E Achievement in Customer Excellence Awards."

Explaining that 88 million documents were produced in the digital environment with BelgeNet, a Türksat employee states that about 22,500 trees were saved from being cut down:

"We have continued to be protectors of a green world. I am happy to contribute to our work here."

"With TURKSAT BelgeNet we were awarded the first prize of Turkey Accessibility Awards in Digital Applications Category."

Another Türksat employee said, "With more than 6300 services we provide in E-Government Portal, we have responded to more than 3 Billion requests in a year. I am so excited to be a part of such a huge project!"

At the end of the video Türksat General Manager Hasan Hüseyin Ertok states: "We are so excited, happy and proud to be a pioneer of technological revolution and development of our country. And now... We are more passionate to go further!"

February 14, 2014: Türksat 4A communication satellite is launched into space
TÜRKSAT