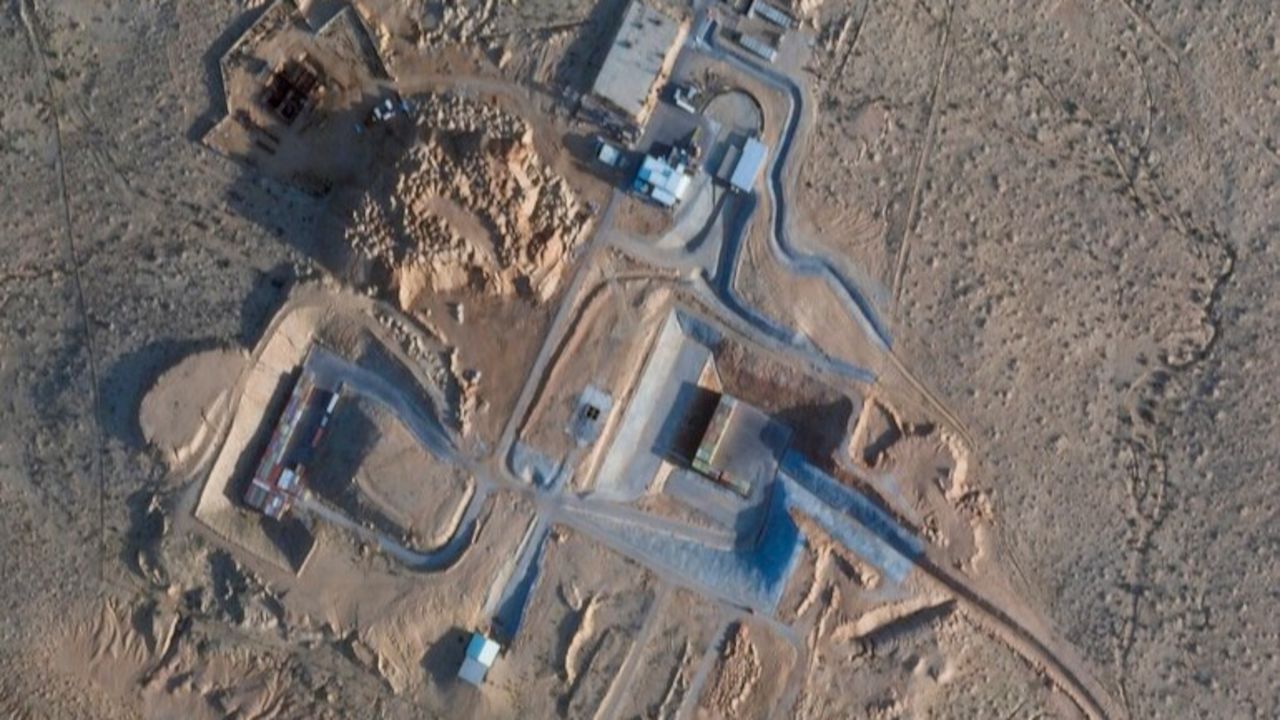 A secretive Israeli nuclear facility at the center of the nation’s undeclared atomic weapons program is undergoing what appears to be its biggest construction project in decades, satellite photos analyzed by The Associated Press show.

A dig about the size of a soccer field and likely several stories deep now sits just meters from the aging reactor at the Shimon Peres Negev Nuclear Research Center near the city of Dimona. The facility is already home to decades-old underground laboratories that reprocess the reactor’s spent rods to obtain weapons-grade plutonium for Israel’s nuclear bomb program.

What the construction is for, however, remains unclear. The Israeli government did not respond to detailed questions from the AP about the work. Under its policy of nuclear ambiguity, Israel neither confirms nor denies having atomic weapons. It is among just four countries that have never joined the Treaty on the Non-Proliferation of Nuclear Weapons, a landmark international accord meant to stop the spread of nuclear arms.

The construction comes as Israel — under Prime Minister Benjamin Netanyahu — maintains its scathing criticism of Iran’s nuclear program, which remains under the watch of United Nations inspectors unlike its own. That has renewed calls among experts for Israel to publicly declare details of its program.

With French assistance, Israel began secretly building the nuclear site in the late 1950s in empty desert near Dimona, a city some 90 kilometers (55 miles) south of Jerusalem. It hid the military purpose of the site for years from America, now Israel’s chief ally, even referring to it as a textile factory.

With plutonium from Dimona, Israel is widely believed to have become one of only nine nuclear-armed countries in the world. Given the secrecy surrounding its program, it remains unclear how many weapons it possesses. Analysts estimate Israel has material for at least 80 bombs. Those weapons likely could be delivered by land-based ballistic missiles, fighter jets or submarines.

For decades, the Dimona facility’s layout has remained the same. However, last week, the International Panel on Fissile Materials at Princeton University noted it had seen “significant new construction” at the site via commercially available satellite photos, though few details could be made out.

Satellite images captured Monday by Planet Labs Inc. after a request from the AP provide the clearest view yet of the activity. Just southwest of the reactor, workers have dug a hole some 150 meters (165 yards) long and 60 meters (65 yards) wide. Tailings from the dig can be seen next to the site. A trench some 330 meters (360 yards) runs near the dig.

Some 2 kilometers (1.25 miles) west of the reactor, boxes are stacked in two rectangular holes that appear to have concrete bases. Tailings from the dig can be seen nearby. Similar concrete pads are often used to entomb nuclear waste.

Other images from Planet Labs suggest the dig near the reactor began in early 2019 and has progressed slowly since then.

Analysts who spoke to the AP offered several suggestions about what could be happening there.

The center’s heavy-water reactor has been operational since the 1960s, far longer than most reactors of the same era. That raises both effectiveness and safety questions. In 2004, Israeli soldiers even began handing out iodine pills in Dimona in case of a radioactive leak from the facility. Iodine helps block the body from absorbing radiation.

“I believe that the Israeli government is concerned to preserve and maintain the nation’s current nuclear capabilities,” said Avner Cohen, a professor of nonproliferation studies at the Middlebury Institute of International Studies at Monterey, who has written extensively on Dimona.

“If indeed the Dimona reactor is getting closer to decommissioned, as I believe it is, one would expect Israel to make sure that certain functions of the reactor, which are still indispensable, will be fully replaced.”

Kimball, of the Arms Control Association, suggested Israel may want to produce more tritium, a relatively faster-decaying radioactive byproduct used to boost the explosive yield of some nuclear warheads. It also could want fresh plutonium “to replace or extend the life of warheads already in the Israeli nuclear arsenal,” he added.

Israel built its nuclear weapons as it faced several wars with its Arab neighbors since its founding in 1948 in the wake of the Holocaust. An atomic weapons program, even undeclared, provided it an edge to deter enemies.

As Peres, who led the nuclear program and later served as prime minister and president of Israel, said in 1998: “We have built a nuclear option, not in order to have a Hiroshima, but to have an Oslo,” referring both to the first U.S. nuclear bomb drop in World War II and Israel’s efforts to reach a peace deal with Palestinians.

But Israel’s strategy of opacity also draws criticism from opponents. Iranian Foreign Minister Mohammad Javad Zarif seized on the work at Dimona this week as his country prepared to limit access by the U.N.’s International Atomic Energy Agency amid tensions with the West over its collapsing 2015 nuclear deal.

The timing of the Dimona construction surprised Valerie Lincy, executive director of the Washington-based Wisconsin Project on Nuclear Arms Control.

“I think the most puzzling thing is ... you have a country that is very aware of the power of satellite imagery and particularly the way proliferation targets are monitored using that imagery,” Lincy said. “In Israel, you have one known nuclear target for monitoring, which is the Dimona reactor. So you would think that anything that they wanted to keep under the radar would be kept under the radar.”

In the 1960s, Israel used its claims about adversary Egypt’s missile and nuclear efforts to divert attention from its work at Dimona — and may choose to do the same with Iran now.

“If you’re Israel and you are going to have to undertake a major construction project at Dimona that will draw attention, that’s probably the time that you would scream the most about the Iranians,” said Jeffrey Lewis, a professor also teaching nonproliferation issues at Middlebury.