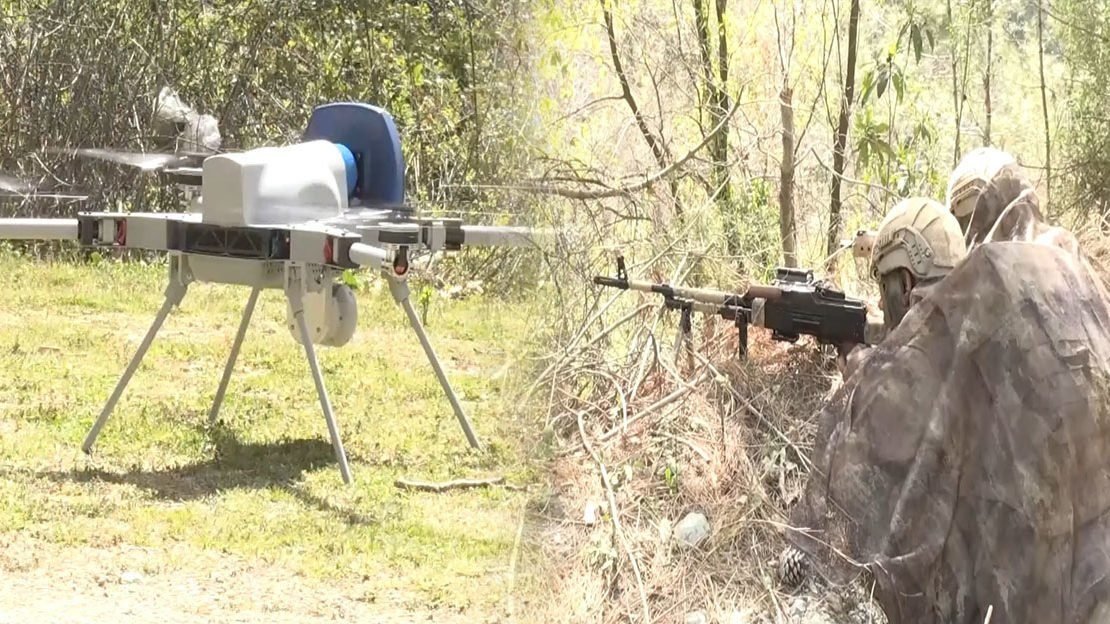 In the post made on STM's Twitter account the company stated: "We stand by our soldiers with our domestic engineering power! Our Rotary Wing Striker UAV System KARGU and our Portable Ammunition System DM-7, which provides uninterrupted firepower, are on duty 24/7 in the Gendarmerie Commandos' terrorist operation in Amanos!"

Developed in line with the needs of the security forces and first introduced at IDEF 2017, the kamikaze UAV Kargu entered the Turkish Armed Forces inventory in 2018.

Kargu, which is tasked with detecting and neutralizing threats in risky areas before they enter the area, can be carried by a single soldier, as well as being effective against fixed or moving targets with embedded and real-time image processing and deep learning algorithms on the platform.

The system, which can operate effectively both day and night, can perform precision strikes.

Kargu, which was renewed in line with the feedback from the field and proved itself in the battlefield, attracted the attention of many countries.

Participating in tests and trials in different countries for export markets, Kargu was appreciated for its performance. Kargu has been tried in different geographies in this process and has proven that it can serve successfully.

The first contract for Kargu's export was signed in 2021.

The portable ammunition system DM-7 was made available to the security forces on September 23, 2020. The system developed for 5.56 and 7.62 millimeter machine guns provides uninterrupted shooting.

According to the company the system, which was developed by STM completely according to the needs, demands and experiences of the Turkish Armed Forces, has superior features compared to the products of 3 countries producing a similar system.