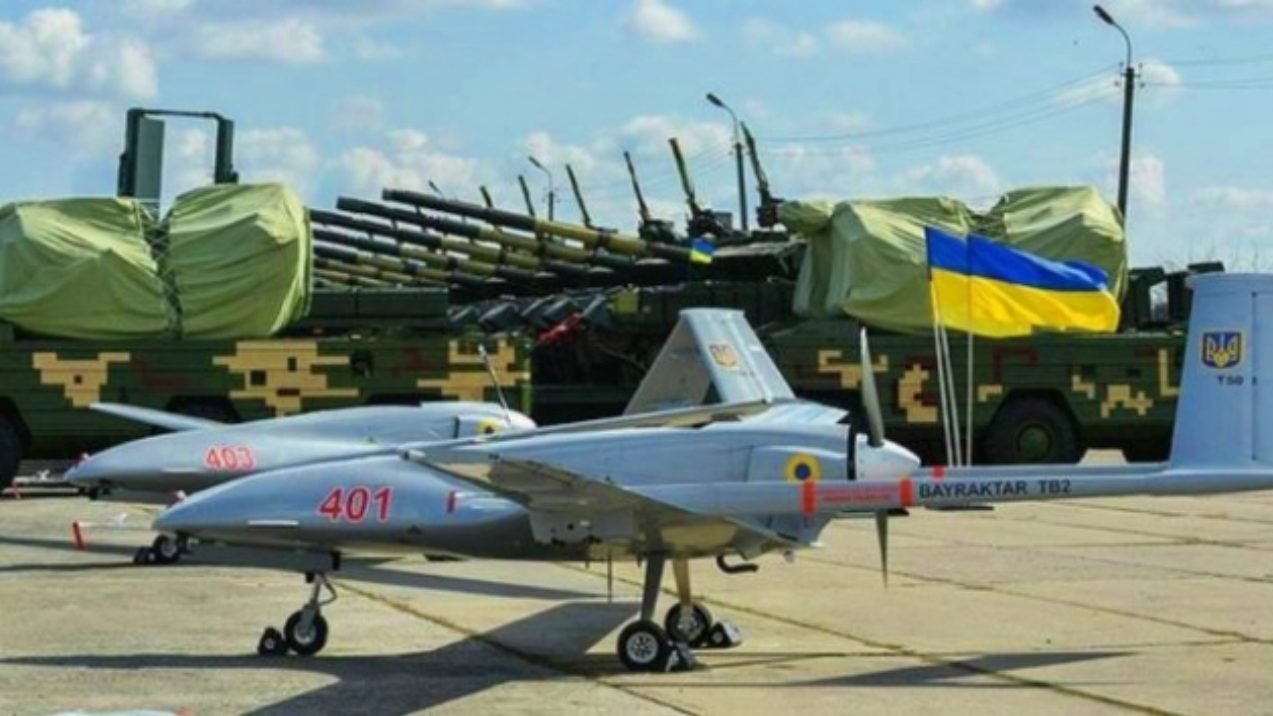 The beginning of the Ukraine-Russia war drew the attention of the whole world to this region.

It is inevitable that this war will leave a negative mark on the economies of many countries near and far.

While the economic relations between Turkey and Ukraine have increased recently, the increase of cooperation in the defense industry draws attention.

In 2021, the defense and aerospace industry exports of Turkish companies to Ukraine increased by more than 500 percent compared to the previous year and amounted to 124 million 301 thousand dollars. In 2020, this figure was around 19 million dollars.

There are many companies operating in the Ukraine-Turkey defense industry, but the investments and agreements of some companies stand out in the relations between the two countries.

Prominent companies and agreements in the defense industry of Turkey - Ukraine:

ASELSAN has been among the Ukrainian army suppliers for many years.

ASELSAN has been delivering tactical radios to the Ukrainian Armed Forces since 2017.

In October 2018, at the Arms & Security Fair held in Kiev, the capital of Ukraine, a memorandum of understanding was signed between ASELSAN and the Ukrainian STE company for the production of ASELSAN military radio and intercom systems in Ukraine.

ASELSAN Ukraine LLC, a 100% subsidiary of ASELSAN, was established in 2020 to carry out marketing and business development activities in Ukraine.

In September 2021, ASELSAN signed an agreement with the Ukrainian state arms import-export company Ukrspetsexport in the field of modernization of air defense systems.

One of the prominent companies in relations with Ukraine is Baykar Teknoloji.

While the Ukraine-Russia crisis was escalating, the role of the UCAV's, especially from Turkey, in the event of a hot conflict came to prominence both in Russia and in other countries.

In 2016, HAVELSAN reached an agreement with the Ukrinmas company, which is part of the Ukrainian State Defense Enterprise Ukroboronprom, on the production of radars.

Within the scope of the agreement with the Ukrainian company Motor Sich, 14 engines will be supplied and the flight of the Heavy Attack Helicopter will be carried out in 2023.

STM signed a contract with Ukraine at the end of 2020, which includes the construction of a corvette within the scope of technology transfer cooperation.

STM started the construction of Corvettes for the Ukrainian Navy in 2021, as part of the technology transfer cooperation.

Machinery and Chemical Industry (MKE) exported 4000 MP-5 guns to Ukraine in 2019. MKE was among Turkish companies that opened a booth at the 17th International Arms and Security fair held in 2021.

Naz Ünal, Business Development and Strategy Director of MENATEK, which opened a booth at the 17th International Arms and Security Fair, said the following in an interview with Defensehere.com: "Ukraine is a very important market for us. Especially in the last few years, Ukraine's own inventories of military products have been checked by NATO. The fact that it is getting closer to Ukraine has made Ukraine an attractive market for us."

According to the agreement, Turkish and Ukrainian companies in the two big clusters will be able to form joint working groups and cooperate to develop solutions to industrial and technological problems.

Another of the defense industry agreements between Turkey and Ukraine includes production and technology sharing for corvettes and UCAVs.

Ukrainian Defense Minister Andriy Taran stated the following about the agreement inked in December 2020, “With these projects, it is aimed to increase security in the Black Sea and the Sea of ​​Azov, and to strengthen the Ukrainian navy.”

In the statement made by Ukraine, it was emphasized that "the Ministry of Defense of Ukraine signed foreign economic agreements directly in the field of defense for the first time."

Another defense industry agreement with Ukraine includes the production of Ada-class Corvettes.

In the 2021 budget program of the Ministry of Defense of Ukraine, it was announced that 137 million dollars were allocated for the first corvette to be delivered from Turkey.

Cooperation in space between Turkey and Ukraine

Turkish Space Agency President Serdar Hüseyin Yıldırım and his accompanying delegation visited Ukraine in September 2020. Within the scope of the visit, a cooperation agreement on space research was signed between the two countries.