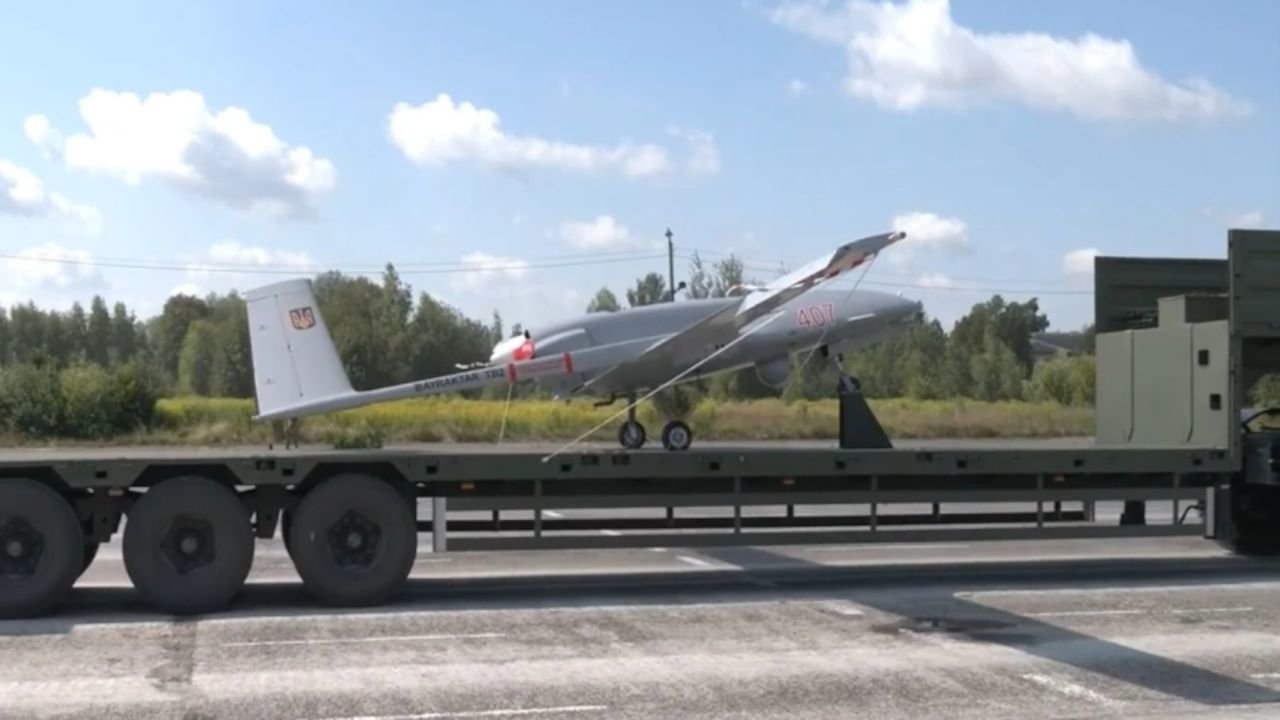 From upgraded main battle tanks to the world’s largest cargo airplane, Ukraine will show a host of high-tech weaponry systems and aircraft during an upcoming parade commemorating celebrate the 30th anniversary of its independence.

Citing a report from Suspilne News Agency, Mil.in.ua reported that the new drone will be transported on a tractor-trailer in a mechanized column.

As a part of the military modernization program, the Armed Forces of Ukraine acquired sell six Bayraktar TB2 UAVs in 2019. On top of that, after the successful use of the aircraft, the Ukrainian Navy had ordered a separate order composed of 6 additional Bayraktar TB2 drones.

Bayraktar TB2 unmanned combat aerial vehicle can carry a maximum payload of more than 150 kg. The drone can fly up to 22,500 feet and loiter for more than 24 hours.

Bayraktar TB2 drones, which entered the Turkish army’s inventory in 2014, are currently used by Turkey, Ukraine, Qatar, and Azerbaijan.

In recent years, Turkey’s defense and aviation companies made significant achievements in research and development, as well as production and export. Turkey is among six countries in the world that can produce its own drones.