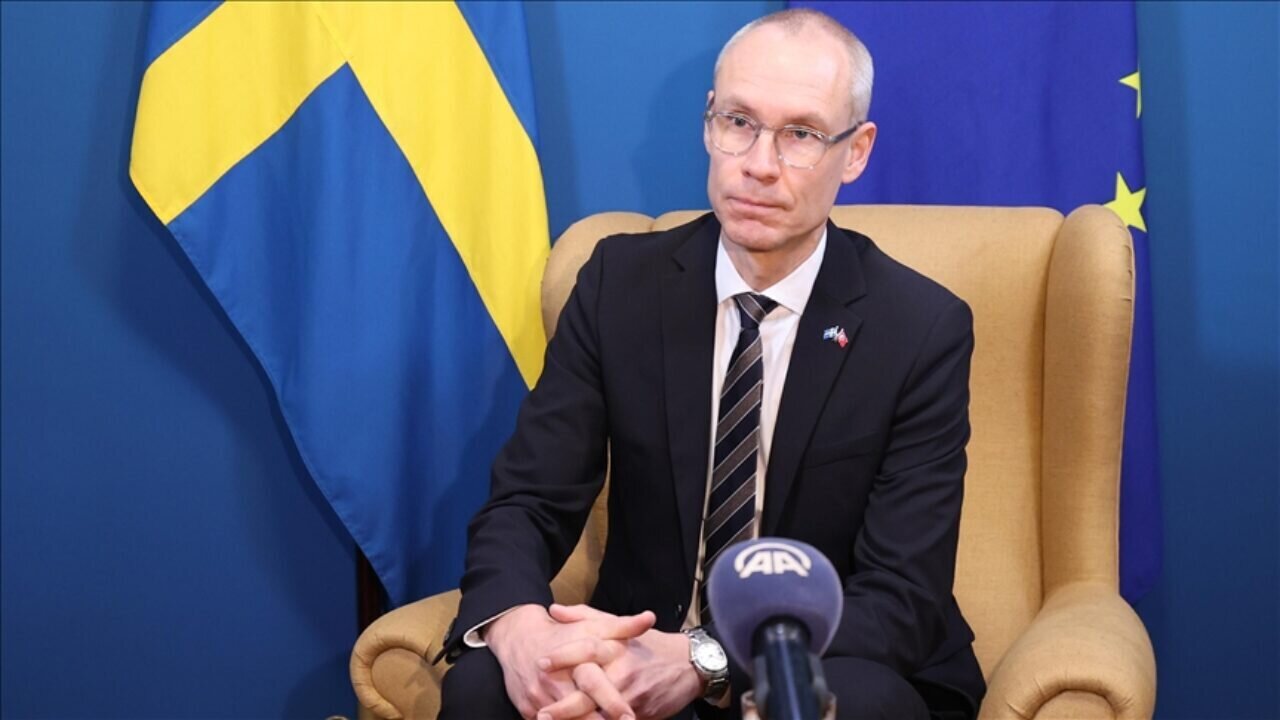 Addressing the Turkish public's concerns on whether Sweden will go further to distance itself from terror groups and take concrete action, Stockholm has reiterated its determination to take the steps required under a trilateral memorandum signed in June by it, Finland, and Türkiye during a NATO Summit held in Madrid.

Five months into the agreement, Oscar Stenstrom, Sweden's chief negotiator for NATO accession, told Anadolu Agency that constructive talks with Ankara continued in a way that fulfils the promises made in the accord. He added that these promises were a top priority for the Swedish government, elected in September. "We're working on all, we will fulfil the total agreement."

Swedish lawmakers recently introduced tougher restrictions on freedom of association for those engaged in terrorism – one of Türkiye's key demands for it to approve Stockholm's NATO membership. "This will make it tougher for anyone who are involved in any terrorist crime, especially the PKK," said Stenstrom.

Expressing his condolences for a recent terror attack by the PKK/YPG on Istanbul's Istiklal Avenue, the diplomat said Stockholm was always ready to do its part in the fight against terrorism. "The good bilateral relations that we have between Sweden and Türkiye will be even stronger when Sweden is accepted as a NATO member," he said, underlining that his country takes terrorism seriously and will fulfil the memorandum.

Sweden never to be 'safe haven for terrorists'

Stockholm has long been criticised by Ankara for housing members of various terrorist organizations for decades, especially the PKK and, in the recent years, the Fetullah Terrorist Organization (FETO), the group behind the 2016 defeated coup attempt in Türkiye.

Stenstrom said this was no longer the case. "Yes, we have changed. And we have realised better the security concerns of Türkiye. This will also improve the security of Sweden."

Stockholm sees that "financing terrorism, financing the PKK" is a threat to Türkiye as well as Sweden, as it often goes hand in hand with organized crime. "This is hurting the Swedish society right now," he asserted.

The demands that Ankara has cited in the memorandum will be delivered in full, stated Stenstrom, who affirmed that Sweden joining the transatlantic alliance would make Türkiye safer. The security apparatuses of his country are working in that direction, he added.

"Sweden should and will never be a safe haven for any terrorist, and that's why we're also increasing our cooperation between our security services. We're dedicating more funds to these services and defense. We will be happy to cooperate together in NATO."

Clamping down on PKK

Türkiye has provided a list of wanted individuals to Sweden and is expecting the Scandinavian nation to take swift action to show that its demands are being truly realized.

"We have promised in the memorandum that we will handle the extradition cases. We have promised to go through this swiftly and thoroughly to look into the cases and also to provide good evidence to each other," said Stenstrom.

Stressing that legal procedures were ongoing for each case, the official said security departments were granted extensive powers to fight terrorism, with communication channels established with Turkish security services, as well.

"And on the law enforcement side, the Swedish security service, as well as the Swedish police authority, have given new directives to work harder to find PKK activists and this is especially targeted to the financing of terrorism. And, we have already seen there was one deportation last Friday."

According to the Swedish government, each case will be dealt with individually and if found guilty, suspects who are residents will lose their residency, paving the way for their extradition to Türkiye. "The Turkish government and the Turkish citizens can feel safe. We will work harder on this and we have already delivered and we will deliver it."

Highlighting the fact that Sweden has been militarily non-aligned for over 200 years, Stenstrom said previous governments had also acted after the annexation of Georgian territories in 2008 and the Crimean peninsula in 2014, while the Russian war in Ukraine has had a strong impact on society.

Though the Swedes have the EU's backing, this was not deemed a strong-enough defensive shield. Stockholm recognizes that a "big shift" is occurring in its security doctrine as it pursues the protection of NATO's Article 5, which obliges all members to collectively support any ally that comes under an outside attack. "Even if we are very committed within the European Union, we need the Article Five," said the ambassador.