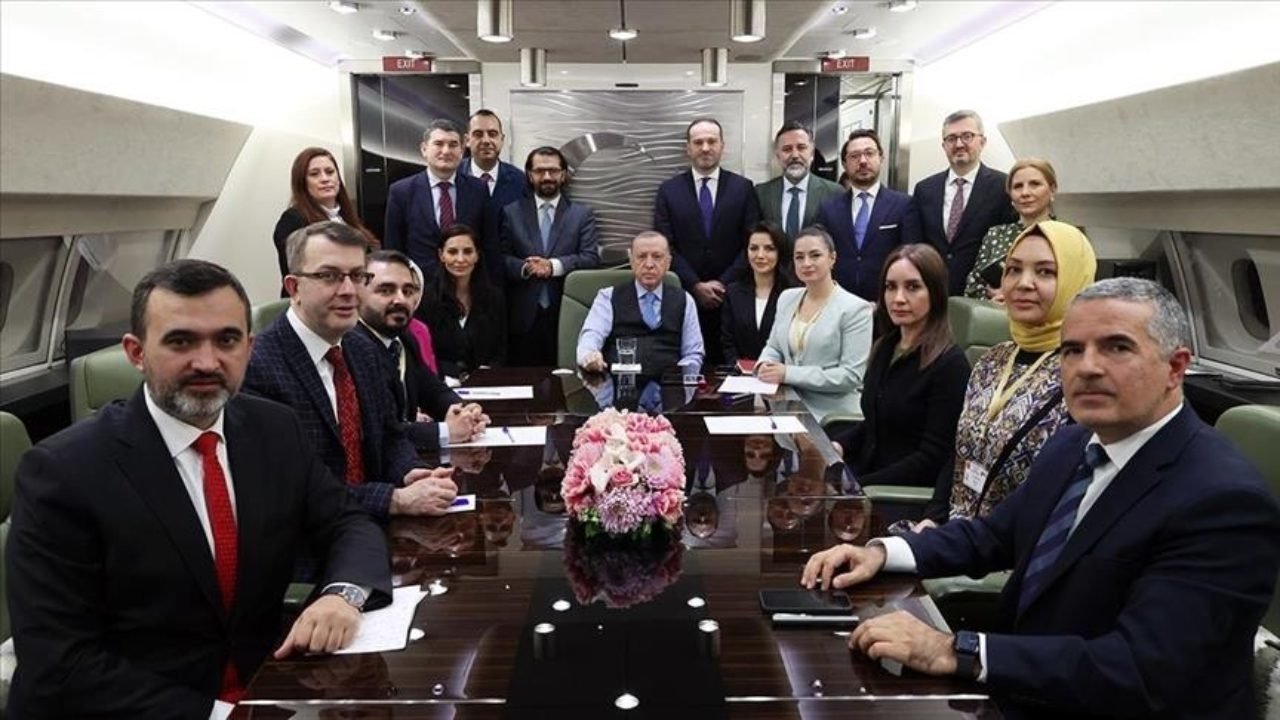 The Turkish president on Friday stressed the importance of NATO for the security of Europe amid Russia’s war on Ukraine.

"NATO is the cornerstone of European security. We have seen this very clearly. Turkiye is an indispensable ally for ensuring regional security," Recep Tayyip Erdogan told reporters during his return flight from Brussels where he attended an extraordinary NATO summit on Thursday.

“Turkiye will continue to play an important role in shaping NATO's future through these summits,” said Erdogan.

Highlighting Turkiye’s mediation efforts, he said: “Turkiye made great efforts from the beginning to end the ongoing war in Ukraine.”

Underlining that the NATO summit was “fruitful and successful” in every respect, the president said Turkiye welcomed NATO leaders' decision to extend the mandate of alliance chief Jens Stoltenberg for another year because of Russia's war on Ukraine.

An extraordinary meeting of NATO heads of state and government was held on Thursday in Brussels to discuss the alliance’s response to Russia's war on Ukraine.

NATO's long-term stance in Eastern Europe was evaluated at the meeting as well as a response to Russia's war on Ukraine, which entered its second month on Thursday.

On the French president's “NATO is brain dead” comments, Erdogan said: “That was an unfortunate statement. President [Emanuel] Macron is one of the most active leaders in NATO.”

He said he will meet with his Ukrainian counterpart Volodymyr Zelenskyy on Friday, and may hold talks with Russian President Vladimir Putin this weekend or early next week to assess the results of Thursday’s NATO summit.

“Amid war, many big companies are leaving Russia, and Turkiye's doors are wide open,” said Erdogan.

Dispelling concerns over food shortages due to the war, he said: "We’re taking all kinds of measures for food security. There will be no problems with food access during the holy month of Ramadan."

Russia began its war on Feb. 24. It has been met with international outrage, with the EU, US, and UK, among others, implementing tough financial sanctions on Moscow.

At least 1,035 civilians have been killed in Ukraine and 1,650 injured, according to UN estimates, while cautioning that the true figure is likely far higher.

More than 3.6 million Ukrainians have also fled to neighboring countries, with millions more displaced inside the country, according to the UN refugee agency.